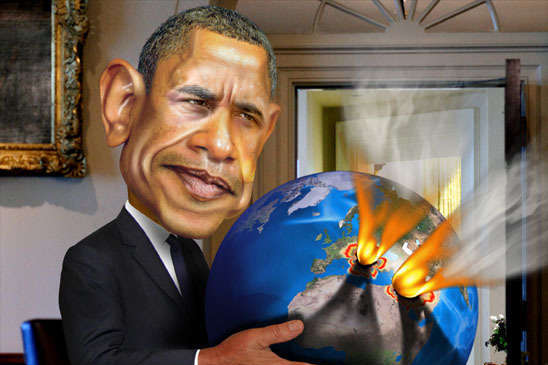 With a tie loosened halfway down his shirt and noticeably reddened, glassy eyes, Josh Earnest elaborated on the administration’s plans.

“O.k, so this is, like, going to be really big and cool and big,” the press secretary began.  “Yeah, um, so the big, cool new idea is, like, taking the alleged threat out of ISIS by changing its meaning.  I mean, ya know, everybody gets all bogged down with, is it ISIS or ISIL and does anybody really know or care what the Levant is, anyway?”

After several seconds of marked silence from the press core, the press secretary continued.

“See dude?  That’s what I’m talking about and that’s what Barry…… uh, I mean, President Obama came up with.  You know, the press over-sensationalizes the whole Islamic state thing, so let’s just drop it and call ‘em something less threatening.”

The Press Secretary cleared his throat and continued, “So Barry….excuse me, President Obama tokes this matter…. I mean takes this matter very seriously and plans to implement measures immediately.  Effective from this point forward, the administration will refer to ISIS as Idiots Shooting Inside Syria.”

“We fully understand some members of the press and public may not initially accept the change.  We understand the basic limitations.  The idiots are shooting outside of Syria, too.  But after much deliberation, we believe this is definitely our best play.  The president advocated strong for Illinois Sure Is Swell, but Prime Minister Netanyahu felt that was too geographically constrained, and, frankly, not nearly insulting enough.”

When queried by reporters as to the other choices, the press secretary seemed genuinely excited, bouncing from side to side and tapping the podium.

“Well, we smoked and joked with some execs from the Food Network tonight, and we kinda got off on a tangent, but we really think it will be a great way to get Barry,……I mean President Obama back in the public’s eye, especially with current distractions like Rosie leaving The View.”

“The Food Network is looking to dovetail our fresh media campaign with a new pilot.  It’s gonna be called ISIS – Infidels Support Ingesting Swine!  Are you feeling me?”

“Our first choice is Guy Fieri, but we’re looking at a series of guest spots for B.O……I mean President Obama.  But he’ll appear under the pseudonym, Commander-In-Chef!  Get it.  I’m so pumped.  Hello 2016!”

“We’ll obviously cater to a pork loving audience, while trying to specialize in rump roasts, ‘cause nothing defines ISIS better than a big, ole slab of pig ass.”

When reporters asked if the dinner party’s heterogeneous gathering spurred talks to make the change, the press secretary slowly nodded his head and continued pulling Doritos from his suit pocket, staring blankly ahead for an extended period before eventually regaining composure.

“Oh, sorry.  Took me a second to process heterogeneous.  We were pretty focused all night, although Senator Reid kept pushing for health care coverage for armed insurgents, detainees, and their extended families.  That’s not for tonight, but don’t worry, we’re implementing plenty of taxpayer dollars to address that lack of coverage.  It’s just plain awful, man.  And Common, he just brought the weed….I mean the need to get parties together.

Reporters bandied questions concerning the administration’s stance on western nation supporters travelling to the region in support of ISIS and the potential implementation of a new caliphate.

When reporters asked Press Secretary Earnest if marijuana was present at the White House dinner, he declined to answer the question, but did make mention that glaucoma treatment was a key component to ObamaCare and medical marijuana sales are legal in the District of Columbia.  Inside sources verified a 45-pound bag of Cool Ranch Doritos was present at the conclusion of the dinner, but could not be located just prior to the press conference.

Image: Some Rights Reserved by DonkeyHotey flickr photostream. The Sage nor this article endorsed. The original image can be found here.