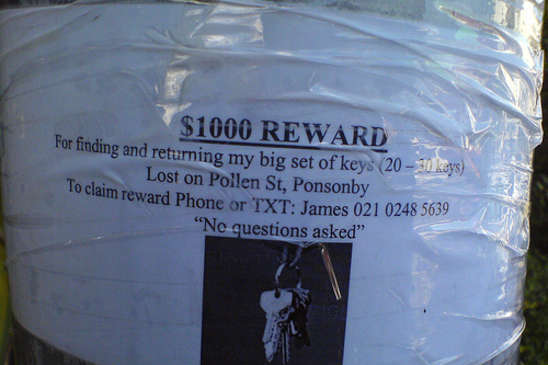 15 Things I Found While Looking for My Car Keys

Photo: Why would he ask questions?

1. A note from Amelia Earhart reminding me to pick her up.

3. One of Donald Trump’s old hairpieces.

5. A letter from P. McCartney, asking me to join his new band as a Theramin player.

6. A set of car keys to my Nash Rambler, lost twenty-five years earlier.

9. Some of—but not all of—the Junk in my trunk.

10. Letter from Richard Nixon thanking me for my note saying his re-election chances would be better if he only knew what his Democratic opponent was thinking.

12. Construction diagram for Kim Kardashian’s butt, including cautionary note from I. M. Pei.

13. The key to happiness. Tragically, lock remains missing since 1984.

15. A yellowed note from unrequited high school love, Annabelle “Hooters” Gizzinkowzki, saying she liked the cut of my jib, and I should meet her at the passion pit make-out center at midnight.

Unaltered Photo: Some Rights Reserved by wonderferret Flickr photostream, The Sage nor this article endorsed. The original image can  be located here