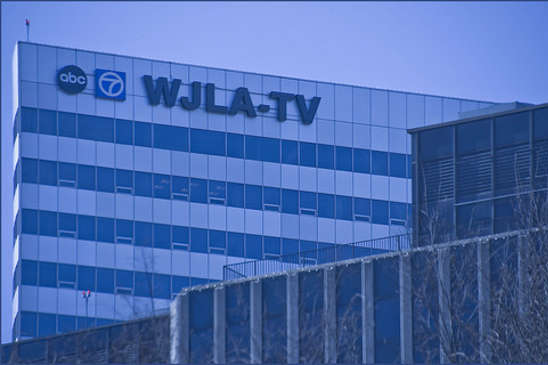 (SNN) During my career as an entertainment reporter in television I met oodles of stars, usually because I was assigned to interview them. The TV interviews I did were mostly five minutes or less in length, and not ideal for getting to know someone in depth.  A few stars I talked to multiple times, or for longer periods of time. A number of them, since passed on, endeared themselves to to me, as they no doubt endeared themselves to audiences.

RUNNERS UP:  Clara Peller/Anne Ramsey  (Tie.) Two Sweet Old Ladies who played Grumps and reminded me of my paternal Grandmother—a classic “grump” I dearly loved. I intuited that hearts of gold beat beneath these ladies’ exteriors and was correct. Peller was the “Where’s the Beef” commercial woman, and thoroughly enjoyed the celebrity treatment she received. Ramsey earned an Academy Award nomination as the hilarious hate-object in ‘Throw Momma from the Train.” She had suffered from throat cancer and ironically it gave her voice the perfect sound.  She once said, “Some people say I'm not a very pretty woman, but I'm a very beautiful woman inside.” Indeed.

10: Henry Fonda: Henry Fonda had played a role in “Roots: the Next Generations,” but his acting career had pretty much faded when I met him in 1979. The series was premiering at the Kennedy Center Theater in Washington, DC, with gala gathering to follow. I was there to report and review for WJLA-TV. I had a chance to interview Fonda before the showing. When I asked him what else he was up to, he explained he was making a movie with his daughter, Jane, and Katherine Hepburn, “a sweet little play adaption called ‘On Golden Pond.’” He said it was a gentle human story and expected it would not get much notice. (He was wrong, it won Academy Awards for Best Picture,  Best Director, Screenplay, and for its three stars in acting categories.) As we departed, Fonda said he would look for me after the screening to get my opinion of his work in tonight's presentation. I thought, what a sweet thing to say. He’s Henry Fonda, for God’s sake.

With the speechifying and the celebrity intros, the show got off to a late start and I bounded up the aisle when it ended to make sure I got back in time for my eleven PM story about the event. I was leaving the theater when I heard a voice call out “John! John!” turned and to my shock saw it was Fonda, chasing after me. I stopped, of course and walked toward him when he called out, “What did you think? Did you like it?” It is a truism that many stars never lose that sense of insecurity.

9: Carl Perkins; Perkins could have been Elvis Presley but had the misfortune of a near-fatal car wreck when his biggest hit, “Blue Suede Shoes” was ready to go. Presley visited Carl in the hospital and asked his permission to record the song. Perkins readily agreed. Elvis had the hit with it and Perkins career never caught up.  I met Perkins  at the 10th Anniversary of Elvis’ death, at Graceland. I caught him at the right time. He was exhausted from a full day of interviews and it all came flowing out of him. He missed his old friend, not the celebrity Elvis we were honoring. At one point he said, “One of us should have grabbed Elvis and talked sense to him, and told him, ‘Son, it’s time to come home.’”

8: Gene Kelly; A lesson on the importance of doing your research. I had once written regularly for The Washingtonian Magazine, and when Kelly was doing interviews for “That’s Entertainment III,” his wife was with him, serving as guide and gatekeeper.  In thumbing through notes before the interview, I discovered she had also written for The Washingtonian. When I saw her beforehand, I casually asked her “Have you talked to Jack Limpert lately?” Jack was the magazine’s long time editor and Mrs. Kelly and I soon struck up a conversation about our experiences at the publication. As Gene Kelly was very old at this point, she was his protector. At interview time, she walked in with me and introduced me to the dancing and acting legend with “This is John, he is a special friend of ours.” It was like being called “a Friend of Ours’ by a mob boss, and Kelly opened up answering all questions thoroughly.

7. Jack Lemmon; Class act and a great interview. Some actors are born in a trunk. Lemon was born in an elevator at Newton Wellesley Hospital, in Massachusetts. He was a great believer in the theory that comic acting is much harder than drama.  He would answer questions honestly and intelligently, and was a font of information about his craft. Warm and smart and empathetic, too, with no airs about him. He made interviewers feel at ease and always gave us something we could use.

6. Don Ameche; interviewed Don Ameche in Boston, and I don’t remember for what specific reason. Ameche was a legendary actor whose most famous role was playing Alexander Graham Bell.  He displayed a deft comic touch in radio, especially in the hilarious series “The Bickersons.” His career was resurrected in the eighties in the "Cocoon" movies and “Trading Places.” He came to the station in Boston and was dropped off. His car was late returning for him, so we had a chance to just talk for a half-hour while waiting. It took far less than 30 minutes to realize what a kind and decent soul this honored actor was. You felt like you were talking with an old friend, one without a shred of pretension.  I asked him about an old colleague of his, director Billy Wilder, whose most recent movie had been an abject disaster. I didn’t expect more than a little sympathy for him from Ameche. What I got was genuine emotion, a sense of loss, that someone so gifted and talented would be betrayed so publicly by this public failure so late in his career.

Unaltered Photo: Some Rights Reserved by Ron Cogswell  Flickr photostream, The Sage nor this article endorsed. The original image can  be located here .