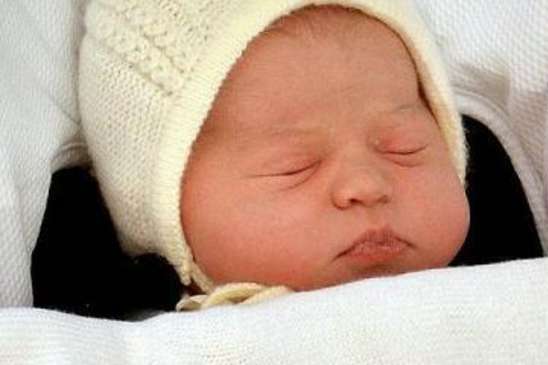 (SNN) Now that we know the name of Britain's newest princess, there remains an important question – and it’s not, “How does one (or one’s staff) baby proof a castle?” It’s “How will the media refer to her?”

Some have suggested variations on each of her names, Charlotte Elizabeth Diana of Cambridge, such as Lottie, Liz, Beth, Di or Cami – but those nicknames are as common as her maternal grandparents (or mine, for that matter).

There is a long, colorful history of royals with memorable and distinctive nicknames. Traditionally, royals left it to historians and the media to pick a suitable nickname. That’s how Ivan got to be known as “the Terrible” when it turns out he may not have been so bad. But in an age of social media, it’s just plain lazy not to have a nickname strategy for your children.

Here are some suggestions of nicknames to avoid based on a review of actual historic royalty that I did not make up.

The Duke and Duchess should avoid nicknames that:

·        Are insulting. What were you thinking, Duke Albert the Peculiar of Austria; Childeric the Idiot, King of the Franks; and Norway’s Haakon the Crazy? On the other hand, France’s Louis the Good-for-Nothing, aka Louis V, ruled for a year before dying in 987 without an heir, and the French had so many kings named Louis that it probably helped to call him by something other than by his numeral.

·        Sound like medical conditions – especially treatable ones. In hindsight, Denmark’s King Harald Bluetooth probably should have brushed more. And, if only a little blue pill had been invented back in the 15th century, Castile’s Enrique IV the Impotent might have had an entirely different nickname.

·        Describe some physical trait. That’s a lesson courtesy of Alexander the Potbelly, a prince who lived in 15th century western Russia – perhaps before the invention of “Sasha” as an appropriate nickname for Alexander.

·        Describe a psychological trait. These nicknames could not have helped the reigns of  John I the Careless of Aragon; Charles VIII the Affable of France; Arnulff III the Unlucky of Flanders (presumably his predecessors, Arnulffs I and II, were luckier though perhaps not significantly so since their names were still Arnulff), and England’s Ethelred II the Unready. To be fair, Ethelred became king in 978 when he was 10, an age when, even today, most kids aren’t responsible enough to own a smartphone.

·        Are overused superlatives. Alfred, Alexander and Catherine, were all “the Great” – but like being called a “genius” in Hollywood, so were others you’ve never heard of. Take Cnut the Great, whose coronation as king of Denmark in 1018, made him the first Great Dane.

Keep in mind: Thesaurus-suggested alternatives rarely work when it comes to nicknames.  Like my high school classmate who used profound, not deep, to describe one end of the pool, magnificent isn’t the same as "great"; Charlotte the Magnificent sounds like a magician, not fourth in line to the throne.

Instead, successful nicknames highlight achievements like William the Conqueror and Vlad the Impaler (no one said you had to like the achievement). Though a word of caution: The accomplishment should be significant or else in a couple of years baby Charlotte might be known as HRH Charlotte the Potty Trained.

Unaltered Photo: Some Rights Reserved by Hot Gossip Italia Flickr photostream, The Sage nor this article endorsed. The original image can  be located here .