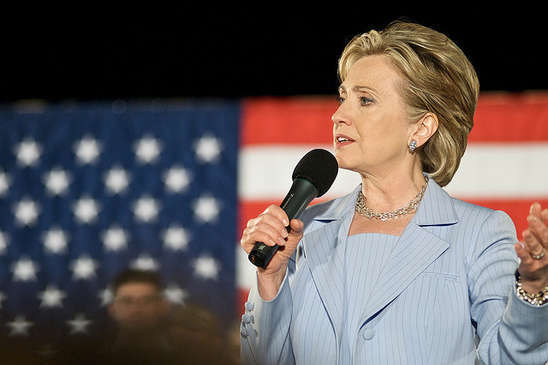 Photo: Pic of candidate in front of flag: Check

My head is spinning. Everyone loves this guy and somehow they don’t realize that it’s entirely in their power to put him in office. Bernie Sanders is not a fringe candidate. He’s not a third party candidate. He’s not some Ross Perot nut. He’s a 25-year senator running as a Democrat, and his views align with the vast majority of the population. If we all like him, we should all vote for him, and then he’ll win. It’s really that simple.

But Clinton is safer. Safer how? As in more likely to beat a Republican? Sanders polls ahead of almost every Republican.  He’s sparked the interest of the far left, moderate Democrats, and even Conservatives.

Never mind safe voting – let’s talk about safety once she is president. Is it safe for us to get involved in more wars? Is it safe to have a president who wouldn’t do much to curb police brutality against the black community? Is it safe to let Wall Street continue its criminal activity unabated? Is it safe to continue allowing the working class to starve to death making slave wages?

Most important of all, is it safe that Clinton does not stand with Planned Parenthood? You may not have been able to hear it over her pretty face-saving video but she called for an investigation along with Republicans

This is outrageous. At least it should be. If a Republican came out in favor of PP, it would be the end of his career. When are liberals going to start holding our representatives in Washington just as accountable? She didn’t stand with Planned Parenthood. That’s it. She’s done. People love to say Clinton would at least be better than Republicans on social issues. Would she? Even if Clinton wins there will still be Republicans in government. They’re going to continue attacking Planned Parenthood in congress, governors’ offices, and state houses. Is this how she’ll respond? Do nothing and say nothing while abortion rights and women’s healthcare are dismantled in this country?

Doesn’t sound safe to me.

Once the “Clinton isn’t so great after all” argument is over, we get into the “Can Sanders win?” and “Can Sanders work with Congress?” debate.

Well, let’s first jump ahead and look at the general. Like we talked about earlier, reader, Sanders polls ahead of Republicans in most polls. He has huge grassroots support, which is growing every day, and he is drawing rally crowds that are shattering records. Apparently, not since Robert Kennedy has a candidate attracted crowds of this size. That’s right. Bernie has achieved assassination risk status. That’s how you become a true liberal hero. 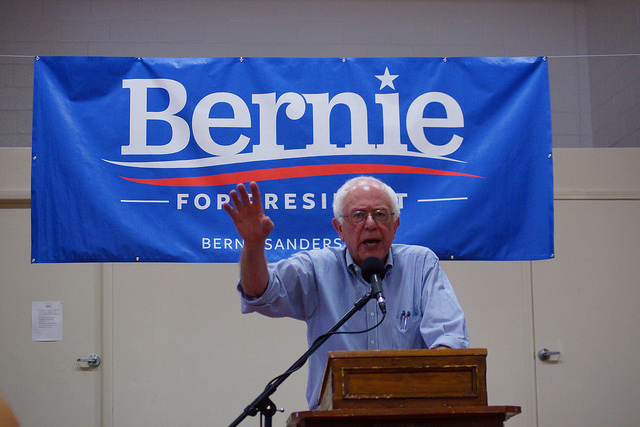 On August 15, Bernie’s crowd at the Iowa State Fair shut down the fair simply by existing; because there were so many of them, there wasn’t room for a fair. Bernie is ahead of Clinton in New Hampshire and Iowa. He’s drawn large crowds in Arizona and Louisiana, two of the most conservative states in the country. His message resonates across party lines. It’s actually become ridiculous to say he can’t win. So Clinton is not necessarily more electable, and if Sanders’ rise continues at its current rate she definitely won’t be by the time primaries start.

Some say even if Sanders wins he’ll face too much resistance from Congress to actually put any of his plans in place. You know who else had resistance? Lincoln. Perhaps you’re familiar with the brush of conflict this country had in 1861. Do you think Congress cooperated with FDR every step of the way? Obama has faced more opposition and disrespect than any modern president, and he has gotten a lot done considering.

Here’s what people don’t think about – Republicans never worry about how their policies will be received by Democrats. Republicans present a united front and don’t apologize. Not that liberals should start acting as crazy as the tea party, but it goes back to the idea of holding our leaders accountable. Again, do you think any Republican today could get away with being pro-Planned Parenthood? Conservatives don’t take those things lightly. They don’t hear something like that and say “Oh well, at least he’s not the other guy.” They say, “You’re fired. We’re going with the more conservative guy.”

If you’re worried about the resistance a President Sanders would experience, take a minute to imagine President Hillary Clinton. You don’t think she would have the same issues? Whoever the Democrats put up, Republicans are going to smear the candidate and call him or her a socialist and a communist and a Satan worshipping terrorist lover. 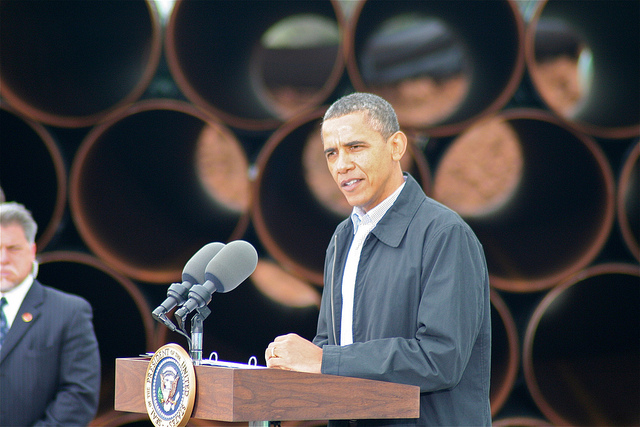 Also, she’s a woman. Just think about that for a second. Think about how much character assassination Obama experienced for being (half!) black, and then think about the fact that Republicans think even less of women. Also, Clinton is a Clinton, and you know how Republicans feel about them. I’m not saying Clinton’s womanhood or Clintoncy are the reasons she shouldn’t be president. Some of my best friends are women and Clintons. But if you want to talk about resistance, there you have it.

Unaltered Photo: Some Rights Reserved by no Keith Kissel Flickr photostream, The Sage nor this article endorsed. The original image can also be found here.

Unaltered Photo: Some Rights Reserved by no Marc Nozell Flickr photostream, The Sage nor this article endorsed. The original image can also be found here.

Unaltered Photo: Some Rights Reserved by no Matt Wansley Flickr photostream, The Sage nor this article endorsed. The original image can also be found here.