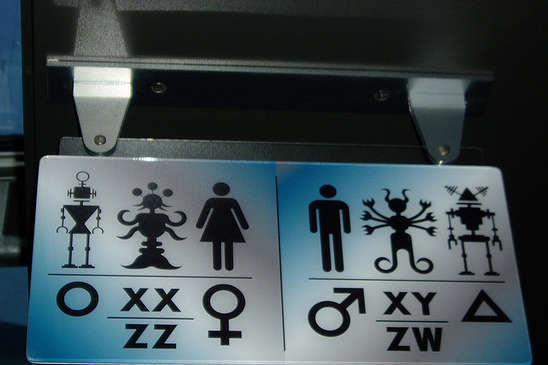 Photo: Can't be too careful nowadays

(SNN) The School District of Pleasant Valley, Alberta recently announced that, for every school building under their purview, an entire wing will be dedicated to washrooms. While there will be the usual ones for people who self-identify as Male and Female, there will be others for males who identify as females, females who identify as male, people who are unsure of their gender that particular day, and several with an easily-changed door sign to help the custodial staff keep abreast of changing social norms.

The washrooms that are for the people who are convinced that their gender is determined by physiology will be much smaller than previous building plans as these groups have dwindled in recent years. There will be a constant recording played in them to help with a readjustment of ideas to release them from the hateful notions their parents instilled in them.

The most controversial washrooms (Male and/or Female…whatever) are the ones for the students who self-identify as vampires. Since it was revealed recently that vampires need our acceptance, the school board has decided to include washrooms for this down-trodden segment of our inclusive society. Protests from parents are assumed to be minimal as most of them are in re-education facilities scattered throughout the region.

Photo: Some Rights Reserved by Liz Henry Flickr photostream, The Sage nor this article endorsed. The original image can also be found here.