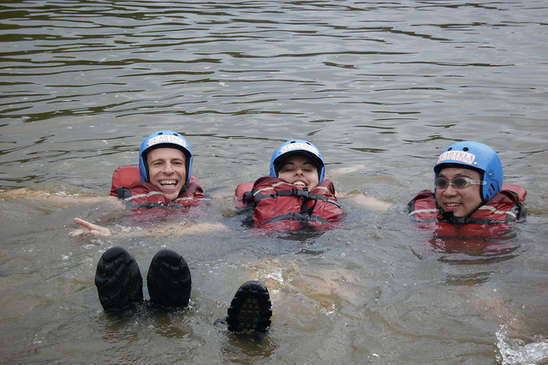 Photo: Survivors of the iPad incident

(SNN) The Syrian government has announced this week that they will not admit refugees fleeing the violence in the war-torn United States. After years of refusing to pass legislation to address mounting gun violence, the US has devolved into a hellscape of 24-year-old white guys on constant shooting rampages.

“We want to be compassionate,” said Nizar Mohammed, who is running for president in Syria. “But many of the refugees are white men. We can’t run the risk that some of them will use the opportunity to come here and commit violence.”

The unrest in the US has culminated in a massive white guy attack on the Gay Black Women Convention in San Francisco, where scores of white male terrorists opened fire and launched explosives in the crowd, all while screaming, “We hate gays, blacks, and women, and that’s why we came here to kill those types of people.”

Mohammed told us he would go a step further than barring refugees, saying he wouldn’t be opposed to requiring white men to wear special identification.

“We already have white men in this country, and some of them are pretty tan,” Mohammed said. “We need a way to distinguish them. If elected I would require all white men to have a Red Hot Chili Peppers logo sewn onto their shirts.”

“No, I don’t see any horrendous historical implications of this idea,” Mohammed added.

In major polls, a majority of Syrians have said they feel the violent ideology of white males means they are too dangerous to integrate into civilized society.

At press time, US whites were trying to fashion a raft out of iPads.

Photo: Some Rights Reserved by Fred Schinke Flickr photostream, The Sage nor this article endorsed. The original image can also be found here.