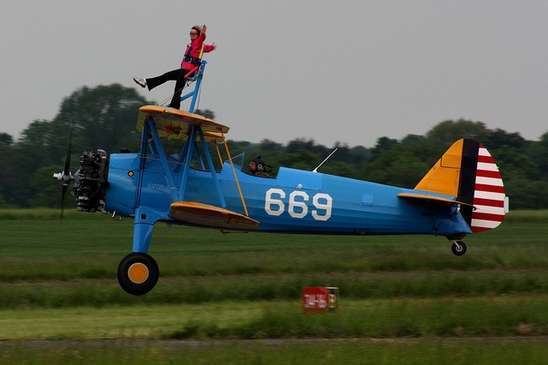 Pioneer Who Took Flying from Pleasant to Unbearable Dies

(SNN) Commercial Aviation Pioneer Tilden Z. Smallwood, a man whose name you may not know, but whose impact you feel every time you fly in a commercial airliner, has died. He was 83.

Over his 50-year career, Smallwood was responsible for changes to passenger cabins, food service, and travel policies of many major airlines. He worked for more than 22 airlines, joking, “my halitosis and generally poor grooming habits led to frequent dismissals.”

But his achievements can’t be easily dismissed. Highlights include the development of popular menus on Pan Am’s trans-Pacific Clippers. This included Beets Flambé—discontinued after several airliners caught fire and crashed. Other entrees’ were Questionable Shrimp in Drawn and Quartered Butter, and the Piece de Resistance, Boiled Porterhouse Steak with Palsied Potatoes & Mashed Broccoli, the only entre ever banned by the Geneva Convention

Mr. Smallwood is credited with jumpstarting Southwest Airlines when he invented the micro-bag of peanuts, which the airline distributes to passengers to this day in lieu of food.

In a series of jobs with other major airlines, he helped make air travel the most miserable yet profitable form of transportation in the world. Not all his ideas were a success, he points out. American Airlines “Guaranteed Overwing Seating” discount was never popular after the airline was forced to reveal that meant seats were literally outside, bolted to the plane’s wing, and did not include drink service.

Before the TSA was created, Mr. Smallwood developed the reach-in-and-swirl hand search examination for checked luggage, leading to the highest employee theft rate in aviation history. Smallwood is also credited with the second bag charge, the first bag charge, and he redesigned overhead storage bins to enable wet raincoats to leak on passengers below.

When asked why the leaky overheads, since it didn’t save airlines money or reduce aircraft weight, he replied, “I’ve never liked passengers.”

Mr. Smallwood is also credited with redesigning the aviation food cart, widening it until no one could pass one without stepping out of the aisle and sticking his or her butt in the face of the aisle passenger.

After a rash of sexual incidents, Mr. Smallwood redesigned current lavs so that only acrobats and little people would be able to join the Mile High Club in an airliner. (Aircrew members, as always, continue to use the cockpit.)

Mr. Smallwood won many other major aviation awards during his distinguished career. They include the coveted Man of the Century honor from the Airborne Alcoholics Association for eliminating the two-drink maximum, and thus enticing more drunks to fly.

In a related alcohol note, Smallwood was cited in 2006 by both the Airline Pilots Association and the American Marketing Society for his legendary “Not too drunk to Fly” campaign that allows pilots up to three pre-flight cocktails and an in-flight eye-opener.

Smallwood’s “Colicky Babies Travel Free” campaign for Northwest is still being studied in marketing think tanks around the world, and he received a lifetime achievement award from the First Wives Association for requiring airlines to continue to employ Flight Attendants even after they’re no longer “hot.”

Mr. Smallwood’s most recent achievement is his daring “Pay to Fly” campaign. For an extra fee, passengers will get to take over the controls of their airliner for up to fifteen minutes, or until it crashes, whichever comes first.

Mr. Smallwood is survived by his wife, Delores, and his three children “First,” “Business,” and Coach.” Services are private.

Photo: Some Rights Reserved by G&R Flickr photostream, The Sage nor this article endorsed. The original image can also be found here.