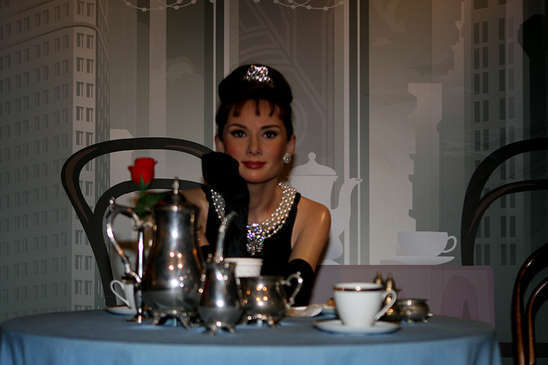 Photo: Truly one of the best

(SNN) Valentine’s Day should again remind movie fans that love and comedy have long gone hand in hand and the well-made Rom/Com is a rare and lasting cinematic treat.

One reason for this type of film’s staying power is the impact of music in these movies. The movie may end but the melody lingers on.
While relegated to the “also nominated” category in most Academy Award listings, a great song or the combination of song and score can make a good movie great.

Can you imagine Ghost without the “Unchained Melody” by the Righteous Brothers? Do you think Casablanca would have been the success it was if Sam had refused to play “As Time Goes By”?

Sometimes, as with Saturday Night Fever—a movie wrapped around a Bee Gee’s soundtrack—or the recent hip-hop hit (and Oscar® snubbed) Straight Outta Compton, it may be the primary reason why the movie is successful.

In ongoing series like Star Wars, the primary theme has a Pavlovian effect on fans—you hear the first notes of John Williams’ iconic overture launching The Force Awakens and you are instantly transported to a galaxy far, far away.

One example of a great song/great score combo is my all-time favorite romantic comedy, Breakfast at Tiffany’s, directed by the underappreciated comedy genius, the late Blake Edwards (The Pink Panther, “A Shot in the Dark” “10” etc.).

In a burst of modesty not often heard from film directors, Edwards once told me that directing The Pink Panther movies was easy, thanks to Peter Sellers comedic genius playing Inspector Clouseau.

“My big directing secret was to put him in a master (wide) shot, yell ‘Action’ and then try not to ruin the take by laughing too loud.”

Breakfast at Tiffany’s almost didn’t happen when a proper star wasn’t available. The studio’s first choice for the lead role of Holly Golightly was the legendary Marilyn Monroe, who turned it down. Just as well. Monroe was a gifted performer in the right role, but far too Zaftig for Holly.

In one of those magical events that sometimes happen before the first frame of a movie is shot, Audrey Hepburn was cast instead. Her ethereal beauty, class and grace were perfect for the conflicted young farm girl born Lulamae Barnes—who renamed herself and came to New York City.
Swathed in Givenchy, Hepburn’s slim, elegant presence reflected the emotional fragility of the woman she played. Her impossibly beautiful face and considerable acting skill made the character an icon of Romantic Comedy.

Watch the movie’s final kiss-in-the-rain scene—rain-soaked lovers are necessary for the best rom-coms—and you’ll realize that it takes more than a star and a director to make a classic.

It needed “The Mancini touch.”

The late composer Henry Mancini won Academy Awards for both the score and for co-writing (with Johnny Mercer) the film’s classic song “Moon River.”  Without Mancini’s skills, the emotional impact of that famous final scene might have gotten lost.
(A clip of the last six minutes can be linked to here.)

The scene begins without music in a cab headed through New York City to LaGuardia Airport. Holly is leaving New York, writer Paul Varjak (George Peppard), the love interest, is trying to get her to stay and marry him.

He declares his love, but Holly reacts by claiming she needs no one, and orders the cab stopped. There she releases “Cat”—the feline who has taken up residence with her. Symbolically the act indicates no one or thing belongs to anyone in her world. It worked in the 1961 picture. Today, it would have had cat lovers picketing Paramount Studios.

The trip resumes until a block later when Paul orders the cab stopped again. He gets out as the rain increases—which every good romcom lover knows foreshadows a happy ending.

After a final speech to tell her he’s given up on their love and she’s wrong to believe people do not need each other, he leaves.  Since this is a romcom and not a psychological thriller, we suspect Holly will change her mind and run back to him. As she contemplates her decision, enter Mancini’s music.

It is heavy on brassy dissonance, in conflict with strings, perhaps a harp—should-I-stay-or-should-I-go stuff. The camera focuses on Hepburn’s beauty and inner conflict while the music makes her thoughts tangible.

After long consideration, Holly leaves the cab to search for Paul, and the cat that represents her happily-ever-after.

A piano and other percussive sounds chop away and battle the strings as she runs back, finds Paul and then searches for the cat. Listen carefully and you can detect a variation on “Moon River” as Holly reaches the alley where Cat disappeared.

It’s raining even harder. “Where’s the Cat”” Holly asks. “I don’t know,” says Paul. Again Edwards turns to Mancini to raise the tension level and force the audience to question its own hopes.

Atonal chords represent her increasing desperation at finding a tiny item in the huge city. (The cat? True love?  A box of Kleenex for the audience?)

Distraught, Holly appears ready to give up and sadly makes eye contact with Paul. Then the cellos and bowed double basses hit gloomy low notes, hinting it is all for naught.

You just know this can’t be the ending, but despite the sight of Holly in tears we need to catch our breath. In love, as in film-making and tabby hunts, timing is everything.

Edwards knew that before the mewling of Cat should heard, our emotions should be teased one last time, with Mancini doing the job. The strings start a rising crescendo before Cat chimes in with its plaintive what-the-hell’s-the-deal? meow. The instantly recognizable "Moon River" swells as Holly picks up the cat and walks toward Paul, signaling our waterworks may join the onscreen downpour.

Another touch of Mancini genius: He brings us full circle with the harmonica that opened the movie two hours earlier. It’s there to remind us of our journey along with Holly’s. A choir, joins to sing Johnny Mercer's wonderful lyrics, the rain rains and the lovers finally kiss.

Then, in what may be the greatest example of feline ad-libbing of all time, Cat, caught between the hugging lovers, turns to the camera and provides us with one last laugh.

Fade out.  Dry your eyes. Return to reality, your hopelessly romantic soul recharged.

Photo credit: Some Rights Reserved by Eva Renaldi Flickr photostream, The Sage nor this article endorsed. The original image can also be found here.