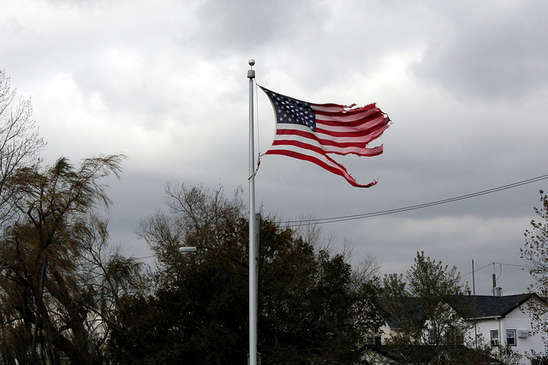 AMERICA: 240 and Showing It

Photo: A little rough around the edges

(SNN) It’s the anniversary of the USA’s birth this July 4th, and the country, frankly, is a hot mess.

Maybe it’s an age thing. We’re old for a country and Senile Dementia appears to have settled in.  After all, we’ll be 240 this year.  As Democracies go, that’s positively elderly.  We should ask for Handicapped license plates for our Aircraft Carriers.

How is it so different now? Weren’t we just as crazy in the sixties? Sure, it was angry and mad and radical crazy back then too.  I’ve met sixties radicals. At times I was one. Couple of differences. The amount and passion of hate and certainty then was not as all-encompassing as it is today. And the Government was not yet a wholly owned subsidiary of Big Business, Big Religion, and Big Greed.

The then President, Richard Hussein Nixon, was a thoroughly unloved Chief Executive, but when it was time for him to go, the other two-thirds of our tripartite Government did its duty and showed him the door.  No muss, no fuss, no tanks in the street. Your chopper is waiting, Dick, give us a bye-bye wave and don’t stay in touch.

Today the Presidency is a punching bag, the Congress is a punch line and the Supreme Court is being held hostage by partisan terrorists led by McConnell the Merciless.

Then there’s the death of a treasured American institution—journalism.  Okay, call it the near-death and threatened elimination of a free and vital Fourth Estate. News has been replaced by something called Media.  Newspapers that haven’t folded yet aren’t thrown on the lawn, they’re slipped under the door.  TV news is on life support, radio rants rule, and Blogs and hip news sites have metastasized on the Internet.  And most of all, the Internet has allowed us to learn that MghtyBob86, the neighbor we wave to once a year at Christmas, thinks Santa is a commie liberal Muslim terrorist.

Everyone and his crazy Brother Mort claims God approves of their actions, thoughts and beliefs. However, no one has ever produced paperwork with God’s signature granting permission to speak for Him (or Her).

Don’t get me wrong. We’re not the biggest bullies on the block.  Even Al Qaeda is afraid of ISIS, nobody trusts China, and Putin has been loony-tunes since those topless pictures of him astride his mighty mount got out.

We’re more like a torpedoed ocean liner that’s just gone from an orderly evacuation to every man and woman for him or herself.  We’re the land of Fox Fears, Faux Tears, and Fashionable Rears. We’ve gone from making elaborate excuses and obfuscations for our unvarnished greed to defending our greed by accusing our accuser of the same thing.

Then there is the disturbing way we treat our current chief executive. For the past seven and a half years, we have seen a claque of what once was called  “loyal opposition” attempt to block anything and everything The President wanted to do.  This new disloyal opposition’s permanent default mode is “No.” Then they blame the black guy for even asking.

The only encouraging thing about this behavior is it has finally created a backlash—President Obama’s ratings are up 13 points since the beginning of the year.

The Senate will not be outdone in the Cray-Cray department, voting that humans are not causing Climate Change when every shred of science argues the opposite. They don’t believe in science unless it suits their purpose. Their guiding principle is a willingness to sacrifice our children and grandchildren for their sacred principle of ungodly profit.

There’s a Presidential election coming up this Fall. Honest. It’s been in all the papers.

We’ve been facing it without two of the very few remaining sane and funny interpreters of the insanity as guides—David Letterman and Jon Stewart. What remains are the nuts on the Internet, the babble-mongers at Fox, the Hate Brigade of AM radio, and religious leaders who now and then leave their sumptuous mansions to urge their flock to go out and enrich themselves.

At this point, the essayist is supposed to offer hope and solutions. I demur.

I want a better world for my kids and grandchildren. But how does one argue a point that will never be heard, or if it is, will be opposed not out of logic, but pre-conceived political stances? America’s political positions are jammed up worse than your grandfather’s arteries. America needs the Roto-rooter man.

I’ll leave you with a political joke Mort Sahl used to tell—updating it every four years— that summed up where we are.  I believe it’s the best political joke I’ve ever heard, this side of “I am not a crook.”

“Back when our country began, we had great men like Washington, and Jefferson and Adams.  Now we end up with Trump versus Hillary. You know what that means? It means Darwin was wrong.”

God bless you all and remember on this Fourth of July when you launch your celebratory fireworks, the pointy end goes away from your eye.

Photo credit: Some Rights Reserved by Pamela Andrade Flickr photostream. The Sage nor this article endorsed. The original image can also be found here.