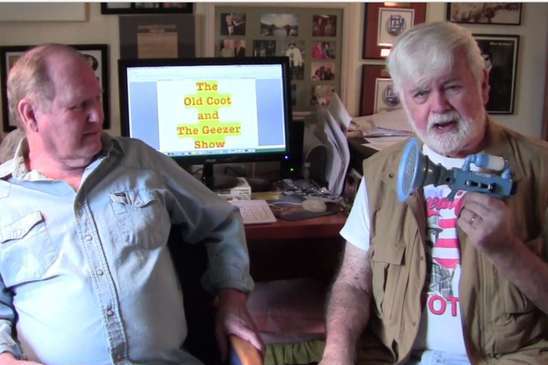 Arrival Has Arrived, with it the Fall Movie Season

Photo: Another corker from our dynamic video duo

(SNN) As most of you know there are two distinct  movie seasons. Right now we are in the Fall Quality Movie season where award hopefuls begin to flood the screen with the best that Hollywood and the World can produce.  The other ten months, it's just the usual dreck.

Our two belligerent critics (Don't worry, just toward each other), The Old Coot and the Geezer, have taken an in-depth look at the release that kicked off the season, an aliens come to earth movie that's gotten rave reviews.

One didn't get the memo and hated it. The other raved. And we'll hear what they heard and could not hear.