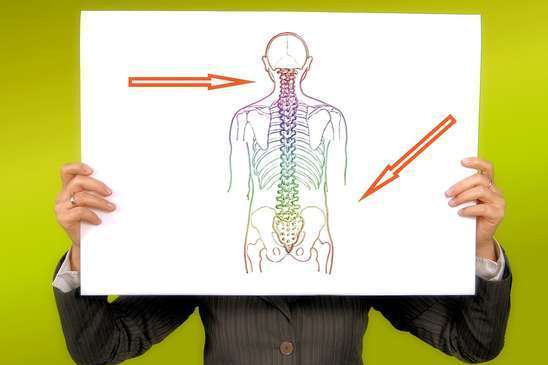 My Aching Back and the Magical Little Christmas Tree

By John "Cork" Corcoran Jr.
Wednesday, December 21, 2016
(SNN) We moved from Washington DC to Los Angeles CA in the Summer of 1983, lock, stock, dog and our two kids—John, almost eight, and Andrew almost four. They adjusted to their new environs as best they could.

Come Christmas, Andrew had an announcement, which may or may not have been related to the move. He was fine with a regular large family Christmas tree, but insisted upon his own tree, too. It could be small he said, but he wanted his own little tree. He was very insistent.

Let the children have their small victories, we had been advised.

It seemed a not unreasonable request. Little did I know it would change my life.

We found the two trees. Our oldest boy, John, as was his custom, was not satisfied with the selection offered until at least four or five tree lots had been inspected. As luck would have it, after only a day or two of scouring tree lots in the greater Los Angeles area, both kids were satisfied.

Until we got home.

Inside the house, Andrew’s little tree was dwarfed by its bigger companion. Andrew said this made him sad and something needed to be done.  He suggested we go back and get a bigger little tree.  I cleverly counter-suggested that the little tree would look fine, were it raised higher.

Next, we had to find something appropriate to put the Little Tree upon. My wife spotted the perfect stand—a massive block of wood doing duty as an end table.  It sported six circular holes drilled into one side, each hole about the size and depth of a wine bottle.  It was, of course, a wine rack which someone had given us at a wedding bar shower. (Heaven knows how many times it had been re-gifted.) My wife was not a fan of the item. It weighed a ton, empty.

But alas, it seemed perfect as a stand for the Little Tree.  I lifted it to move it in place, but before I could take more than one step, a sniper, hidden under a grove of Bush Monkeyflower plants in the front yard, shot me in the back with a Bazooka.

Well, that’s what it felt like.  And in fact, a seering jolt of pain went through my spine and down my leg.  I crumpled to the floor. I may have said “Aiy-yeeeeee” in mid-crumple.

There was writhing, and since I’m in a confessional mood, I admit to some moaning.  Someone asked, “Did you hurt your back or were you shot with a Bazooka wielded by a sniper hidden under a grove of Bush Monkeyflower plants in the front yard?”

I was not a happy person. I was mad that I’d gone through all the trouble of finding the ittle tree, and this was my reward. I was mad at myself for forgetting I had a bad back. And I was mad I could barely move because said back was killing me.

I’d had back problems I’d ignored for a couple of years. They’d recur every month or so and I’d spend a week in some pain and with limited mobility.  Then it eased up and I cancelled plans to see the doc because my back no longer hurt. When it comes to medical science, I’ve never been accused of being a rocket surgeon.

Andrew was quite sad that the stand for his little tree had caused me such pain.  Between winces, I explained to him that this incident would not move him from Santa’s nice list to his naughty one.

This back event was worthy of seeing someone right away.  The next day, I spotted an ad reading “If your back is whack, see Mortimer Frack.” He was probably a doctor, may have been a wizard or a gypsy but most importantly, he was available. I remember an odd accent and the fact his office had no windows or lights. I think his nurse was named Blucher.

He took no X-rays nor MRIs—he may not have even been physically present in the room. But after several questions he told me I had bruised a nerve in my back and it would be better in exactly six weeks. He gave me some pain pills, which were delicious, and said if I had any questions, “don’t hesitate to ask.”

“Frau Blucher will come fetch you,” he said. Outside a horse whinnied.

My daily walk into my place of employment was slow and painful for the next few weeks. On the plus side, “Wide World of Sports” sent a camera crew to video the sight of tree sloths and sea tortoises passing me by and cruelly taunting me.

My discomfort gradually lessened. Andrew told me he did not want a Little Tree the next year because he didn’t want to hurt Daddy.  “That’s sweet,” I told him. “Also, I don’t want to risk ticking off Santa,” he added.

Six weeks to the day, as promised, my back was fully recovered. Thanks to the doctor/wizard/gypsy who’d treated me in the dark? Maybe. I never heard from him again except for a bill and a coupon for a one-time-only chance to repave my driveway for 20% off.

I was very happy about the full recovery but concerned about the arrival of my next, inevitable, lower back pain session. Then I would see a real doctor.

That was 33 years ago. I have gone on from that day without anything approaching a twinge, a flicker of pain, a tweak nor a Bazooka wound in my back.  Apparently, I have been cured.

What fixed my back? I have no evidence one way or the other.  Gypsy-Doctor didn’t do much except say I would get better.

If I had a guess, if I had to take a shot in the dark about it—I’d have to credit the Magical Little Christmas Tree.

So keep your eye out when you go to the Christmas Tree Lot. You may see a little guy looking for a home. And who knows what magic lies within.