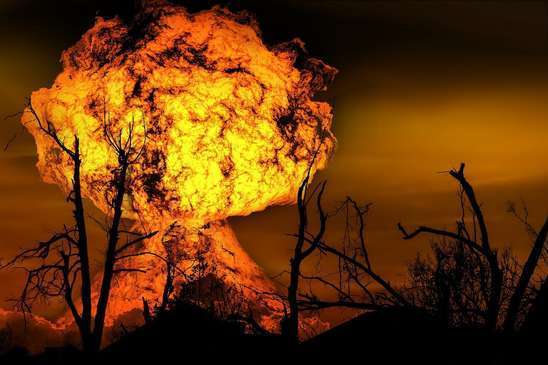 Photo: One way to deal with annoying relatives

(SNN) Pyongyang, North Korea –In response to a major shift in US Foreign Policy and rumors of a possible state visit by US President Donald Trump, North Korean authorities have been ordered to curtail public trials and executions of citizens accused of minor infringements.

Until recently, individuals accused of sowing discontent or creating social disorder through offences such as cutting into electric lines to steal power to light their homes, watching outside media, or attempting to defect, underwent public trials and execution by firing squad.  North Korean dictator, Kim Jong-un, has “ordered The Ministry of State Security to lay low on public executions for a while in the attempt to woo the Great Yellow-Haired Satan to come visit", a source says.

Instead, Kim Jong-un, the North Korean dictator, has decided that he and his general staff will watch these executions in private over closed circuit television. He was quoted as saying “reality TV has nothing on this stuff…you can only watch so much Survivor before it gets old.” He defended his decision to privately view the proceedings by saying “you can’t let a good execution go to waste”.

DISCLAIMER: The above article is provided for entertainment purposes only and the article, image or photograph held out as news is a parody or satirical and therefore faux in nature and does not reflect the actions, statements or events of real persons. The opinions, beliefs and viewpoints expressed by the authors of The Sage Satire and forum participants on this web site do not necessarily reflect the opinions, beliefs and viewpoints of the The Sage News Network or the official policies of the The Sage News.
More from Matt Ward