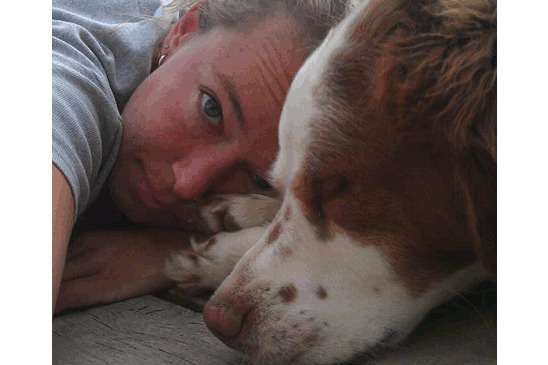 (SNN) - Heather Gast hated high school. She felt she didn’t fit in. Extracurricular activities included the marching band and the Environmental Club, but she preferred exploring the woods with her yellow Labrador, Misty and observing wildlife: a barred owl feeding its young, a fox dragging a rabbit back to its den. Her math skills were not what she hoped for, but she enjoyed her biology class.

But something happened in biology class that changed Heather’s life: she met a man named Frank Taylor. Her teacher, who liked to push his students to think outside the classroom and into the future, invited Mr. Taylor to speak to the class about his passion: Raptors. Birds of prey.

Inspired, the biology students dove into an assignment for the Raptor Resource Project, building and installing a peregrine falcon nest box on the smokestack of the power plant in Alma, WI. “It’s still up there,” says Heather, “and has had nesting peregrines since 1997. Pretty proud of that!”

Heather had never been a hunter, but when Taylor spoke of “…hunting with birds off horseback over pointing dogs, something clicked!”

Since that fateful meeting with Taylor, thirty-seven year old Heather has fervently chased that click: she owns and has trained five horses, she runs English Setters for both hunting and field trials (and occasionally officiates the trials) from horseback, and she hunts with shotgun and trained hawks. “Redtail hawks, Harris' Hawks, Peregrine falcon, Barbary falcon, goshawk, and multiple hybrids.”

Heather’s love of animals helped point her down the career path of animal husbandry early on. She has worked in veterinarians’ offices off and on since she was fifteen years old – her first job, in fact. “I wanted to be a vet – but my math skills were not going to allow it! Every vet that I have gotten to know has asked why I didn’t go to school and do this on my own.”

But Heather hasn’t let those math skills stop her. That biology teacher would be proud to know Heather has definitely stepped outside the box when it comes to career choices. “I worked for Steve Martin of Natural Encounters (a company specializing in animal training for zoos) for three years, managed a dog training kennel for six years and have worked with all of my own critters. And then the oddball job – worked in an accounting office for nearly eight years, not an accountant, but learned plenty!” Perhaps she miscalculated her math skills.

To pay the bills these days, Heather has succeeded in putting her passion for falcons to work: she performs bird abatement services, helping to clear airports and golf courses of pest birds in Washington, Missouri, Minnesota, and Ohio, by flying trained falcons over the area.

It would be easy to say Heather is living a country girl’s – or boy’s – dream: Montana mountains, horses, dogs, fly-fishing trout streams, hunting with falcons and shotgun – “I may get to bow-hunting this year!” But it’s just as easy to wonder if she is distracting herself from pain in her life.

“There are definitely issues that have transformed my life in not such a good way. My mom and dad divorced when I was two and my dad was absent most of my childhood.” Only within the last five years has Heather had any kind of a relationship with him. And because of his health, “I will never have the opportunity to get any kind of resolution of why things happened the way they did. I have made a choice to accept him for what he is and be grateful that I can still have him in my life even in a minor role.”

Heather admits to having trust issues related to her childhood, issues that she is convinced have been part of the reason for her failed relationships, including the one that brought her to Montana from Minnesota. “I never realized how much it affected me until the last five months.”

“I have come through just about every other obstacle and feel confident that I have learned and made my life better. I am not sure why or how I have been in the bad relationships I have been in, but it’s something that I am going to give some serious thought and effort, too! I am not getting any younger and I don’t want to spend the next 37 years by myself.

“I do think that most guys look at me and think ‘Holy cow...she's awesome...she hunts and fishes and loves the outdoors’. The reality of it is that they can’t handle it. For whatever reason I become a threat or competition or it’s just plain old not what they thought it would be. I have gone out of my way to explain the things that are a part of my life and how important they are. I don’t know if they either don’t take me seriously or think they can handle it. But it always changes and I get to the situation I am currently in.”

Heather’s recent experiences have opened her eyes to an adventure she had never considered in her life. “I have never given much thought to the idea of having children until recently. I was never in a stable enough relationship to even think that it could be a possibility!” But Heather now says that has all changed. “I would like to be a mom, whether my own or by adoption…just the realization though, was a huge life changer.”

In the meantime, Heather recognizes she can influence children with her love of nature. “Because I don’t have my own kids I hope that I have a positive impact on my niece and nephews’ lives. They are so very important to me. I hope that I can give them a much greater appreciation for the natural world and the outdoors!”

Heather has proven she knows how to kick the dust off her boots and move on to the next adventure. She’s planning trips to Australia, and Bristol, England. Also on her bucket list is a little activity she read about in a book called “A Sporting Chance”: hunting with trained cheetahs. “Almost as cool as falconry!”

Her dream vacation? “A tour of the west and southwest with dogs, horses and birds! A serious attempt and the best possible hunting you could have, either with gun or bird! If you have seen the movie, Big Year...that concept but with hunting…that might just happen!”

Heather’s enthusiasm for the many “distractions” in her life leaves little doubt that she will make it happen. Someday.