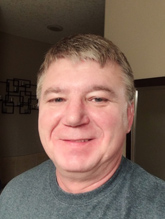 Geek, ubergeek, techie and computer guru are the best descriptions of Mike Kuefler. Mike comes to The Sage in the form of creator. Without him, The Sage and the News Director publishing engine behind it would not exist. Described by his friends as "the Best Techno-Geek I know" Mike is a fountain of information, advice and all things sage when it comes to bots, cookies, OS, net, MMS, SEO, bits, bytes, yahda, yahda, yahda . . . you get the picture. Owner of Industrial NetMedia the company that provides the technology behind The Sage, Mike shares his wealth of geekdom with our readers. Don't be shy to engage him in a mind boggling confab, cuz that is what he is all about. From one Sage to another, thank you Mike for making this all possible. 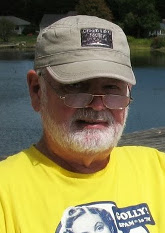 John Corcoran, Jr. Is a former TV on air critic and playwright from the Hollywood area. For decades he has earned his living primarily with his sense of humour. He is now an active, full time freelance writer and author, providing entertainment and wit in today's blogosphere. John's lifetime honours include seven Emmys, two kids who are not messed up and the same wife he started out with. Always open to the public, you may twit, but not twerk, with him at "OldCootCork", befriend him as "John Pesky Corcoran" or find him on Linkedin as John "The Cork" Corcoran. Always with a strong opinion salted with true parody or satire, John writes with the caveat, "Don't sue us, moron, we're only Satire." The Sage is very pleased to include John in this merry band of writers.

As a Humor Columnist, Certified Clinical Hypnotherapist and Motivational Speaker, Jan Marshall founded the "International Humor & Healing Institute" in 1986. Prominent physicians and other board members, including Norman Cousins, Steve Allen and Dr. Bernie Siegal, shared her techniques for healing through hope and humor. Jan hosted her own television series and was a guest on hundreds of radio and television shows. As a regular guest on Steve Allen's radio show, Jan returned the favor by hosting Steve Allen on her television show. Jan's latest satirical book, "Dancin' Schmancin' with the Scars", is about "Graying and Giggling in the age of Googling". The Sage is privileged to have Jan Marshall as a member of The Sage team, with the regular readers being the true benefactors. 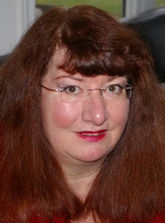 An Award Winning Author, Melodie Campbell achieved a personal best when Library Digest compared her to Janet Evanovich. Melodie has a Commerce degree from Queen's University, but it didn't take well. She has been a bank manager, marketing director, college instructor, comedy writer, and possibly the worst runway model ever. Melodie got her start writing comedy in 1999 when she opened the Canadian Humour Conference. With over 200 publications including 100 comedy credits, 40 short stories, and 8 awards for short fiction, her fifth novel, a mob caper titled "The Goddaughter's Revenge" (Orca Books) will be published in Fall 2013. Catch Melodie's humour column "Bad Girl" here on The Sage; it will keep you coming back.

Linda Schaab is the pen name for the famous writer, Linda Schaab. Although her writing credits include regular columns in several BC periodicals, she is perhaps best known for her work in proving the existence of Ogopogo outside of Okanagan Lake through questionable photographic evidence. Schaab is also noted for advising famed naked interviewer Lori Welbourne on her unfortunate condition of pixilated breasts. She finds riffing with other humourists on LinkedIn's Humour Writers Group, which she helps manage, helps to stir her creative juices. 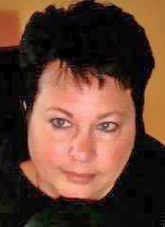 Maye Ralston has published journalism, creative nonfiction, and poetry in a variety of newspapers, and corporate and commercial magazines. Additionally, she has several years experience in marketing and public relations media, and in website content development and writing - including deploying websites, blogs, and social media such as Facebook, LinkedIn, and Twitter and incorporating intersecting media. Maye has facilitated at workshops for adult learners, and presented on a range of topics, including giving motivational talks. She is a member of the Midwest Writers Workshop Planning Committee, and contributes articles to their blog. Maye is a feminist, biker, and USAF veteran. She says, "No labels can define or confine me." 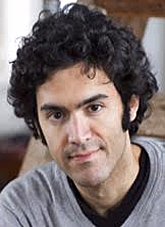 Joe Messina is a comedian based in Philadelphia. He performs stand up throughout the Northeast and writes weekly political satire pieces for WhatExitNJ.com. Joe struggles with the world as it is, the world as it could be, and the world in his head. 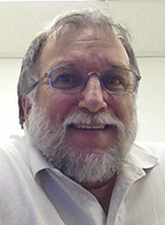 Ian McKerracher started writing in a cabin on a lake in northern Alberta with a candle as the only light. As his visionary forward-thinking soon showed, he graduated to two candles in time for his next birthday. Using the bitumen that bubbled from below his feet for ink, Ian began to lay, plank by plank, a solid platform of x-ray-like insightful columns on the assorted colours of the human condition. The tear-stained letters that he got from his fan was testament to the depth, width and profundity that flowed from the end of his quill. His final graduation to a hand-crank computer hailed Ian's arrival into the 21st Century. "I-Ian" had pushed through into the unending vistas of noble thought laying pristine and virgin before him. The next chapter is yet to be written... 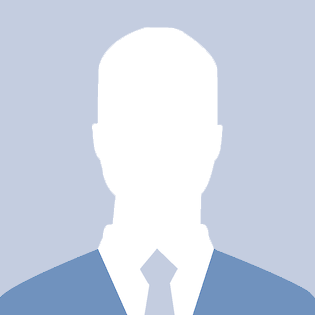 NOTE: Not all writers listed.