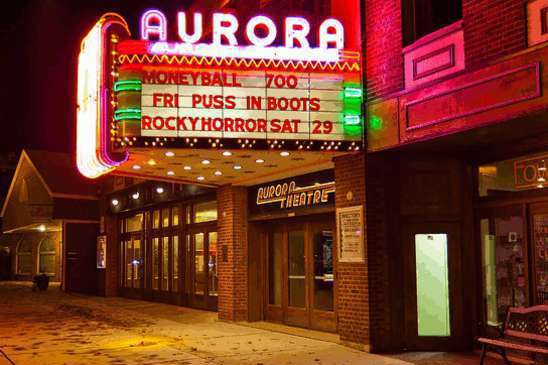 Dark Humour in the Movies

(SNN) - Who hasn’t made a comment in bad taste at a funeral? Okay, so most people know better than to risk this – just not me. But who could blame Veronica for making such a blunder in the 80s high school cult classic, “Heathers” (so named because 3 of the 4 girls in their clique are named Heather)? Veronica had every reason to be stressed at the funeral of her best friend/worst enemy – she had played a direct part in Heather’s death.

Moviemakers know the risk of offending their audience by creating humour around dark themes. In “Heathers” Veronica and her friend, J.D., are staging the scene for two soon-to-be-dead jocks by planting mineral water, etc., to make it look like a suicide pact between gay lovers. Says Veronica, “This is Ohio. If you don’t have a brewski in your hand, you might as well be wearing a dress.”

When we indulge our taste for black humour by making cracks at funerals, or by watching movies of the comedie noir genre, we’re going against social mores. Poking fun at death being a healthy way of coping with life’s horrors, humour may be the best all-purpose psychiatric medicine around, and this is what has given this genre its fans.

While true dark comedies are rarely box office successes, many have achieved cult status. In “Serial Mom” Kathleen Turner plays the perfect mother who just happens to be a serial killer. A favourite of mine is the holiday-themed “Mixed Nuts”, which takes place the night before Christmas in a crisis center where not a creature is stirring, except for a transvestite, a pregnant lunatic, a homicidal Santa, and a serial killer. And one of the most successful was “Weekend at Bernie’s”. Who can’t see the humour in a dead boss?

According to Carl Jung, we all have a shadow-side – it’s just that some have more trouble than others facing it. With facing it follows indulging the shadow, as I did recently when discussing the appropriateness of laughing at death on LinkedIn’s Humor Writers Group. After commenting on witnessing humour of this type in the hospital where I once worked, my friend Linton wrote: “You find that same sort of humor in the jail, in police locker rooms, army barracks. It's kind of like, if you can't laugh at some of this shit, you aren't going to last.”

To this I added: “Possibly even in Nazi concentration camps, as portrayed by Roberto Benigni in ‘Life is Beautiful’. But there, even if you could laugh, you weren't going to last.”

And Linton replied: “The guards probably had some real knee-slappers. Anyone want to write some Dachau jokes. You go first.”

So I placed into that situation a joke told to my family by a funeral director. Here it is to test your appreciation of dark humour:

A couple is taken to the concentration camp in Dachau, where they are kept separate from each other. One day, though, they see each other a short distance away and manage to sneak off to finally share a few words.

“I want a divorce,” the man immediately says to his wife.

And her husband replied: “I was waiting until the children died.”

Photo by: Lee Hoffman flickr photostream, Some Rights Reserved, The Sage nor this article endorsed.

DISCLAIMER: The above article is provided for entertainment purposes only. The opinions, beliefs and viewpoints expressed by the authors of The Sage Entertainment and forum participants on this web site do not necessarily reflect the opinions, beliefs and viewpoints of the The Sage News Network or the official policies of the The Sage News.
More from Linda P. Schaab