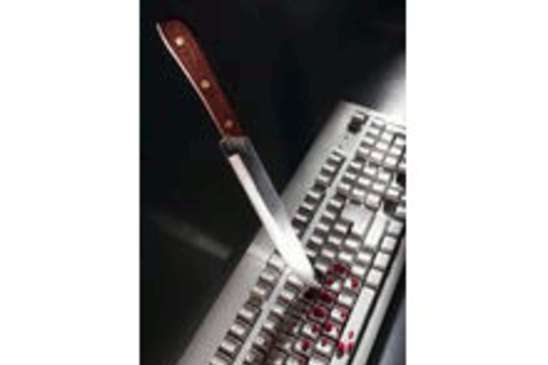 (SNN) - Call me naïve, but I am a firm believer that the internet can stop wars. Any way that regular folks within a situation can explain their side of things to people outside of the situation, starts a conversation. The more people globally that know the bones of contention creating a particular tense situation, the less likely the elites in charge of either side are to drop bombs on each other. Communication is the key and social platforms – no matter how full of stupid cat tricks they are (or so I have heard.) – can be a great way to connect with people that you wouldn’t get the chance to talk to. That’s why I don’t connect with people I know in reality. I’ve heard them bitch enough.

I received a pretty severe ass-kicking online this week. Someone didn’t appreciate a reply I gave to a blog posting. They didn’t even write the posting, only forwarded it:

“If you don’t agree with what I say, feel free to say nothing at all”, came the terse reply.

OK, hold the freaking phone. What just happened, there? Someone posited a point, someone else disagreed with it, and gave the reasons why. How can you dislike that?

This has happened to me before, and the common link between all of the posters that huffed about my different point of view was that they are in their twenties, and I believe that this generation have a fatal flaw. They believe that it is important to be heard – to have their point agreed with – not debated. They suffer from a vanity that would put a Kardashian to shame. I mean, I have felt like that in the past, but then…I started wearing long pants.

At school, I was intelligently and cogently against the entire examination system. My 15 year old brain didn`t agree with the fact that my whole future would come down to a series of one-off shots at remembering everything that I had ever done in the previous four years. Real life wasn`t like this, why should school be? Then I joined a work-force that demanded interviews, sales presentations, live events, quarterly reviews, and new bosses` meetings. Outside of the office I have met with Bank Managers, Loan Officers, new neighbours, friends, friends of friends and wives, Police officers and customers. Guess what? Life is a series of tests based on what you have learned. I felt a total dunce for a couple of decades. If you don`t have a point of view, an intelligent take, a debate point, you don`t have anything. Aren`t your teenage years when you start learning how to question what is going on, and come up with conversation that makes sense to people? By your twenties, you should at least be able to say: “You have a point, there.” (Twenty-somethings…..that’s what you say as an adult when you vehemently disagree with something, by the way.)

So when did we get to the stage that an entire generational cohort now isn`t interested in conversing, just shouting a fact that they believe in? And why did we give them such a tool to share their beliefs with us all, like the internet?

For those of us in the old fart generation like me, we couldn`t imagine talking like that to our elders and supervisors. Why? Because those dudes were born in the Depression and spent their childhood and teenage years in war and a global rebuild – and basically, they could care less what some Diva in their mid-twenties thinks is unfair, and they would tell you. We have molly-coddled this generation so much, that many of their sports heroes demand to play together and win, rather than play against each other and risk losing – Hello, Miami Heat.

So now where do we go, because these guys won`t listen to anyone else`s logic but their own. Perhaps there are too many spoilt, overeducated, underemployed sissies in the world, armed with mobile phones and a short fuse of indignation. Perhaps we need a depression and a war to `cull the herd` a little. Perhaps the internet could be used to start a war, instead of stop them? After all – some of us are too old to serve now.

Steve James is an Actor, Stand up, and Comedy writer in Vancouver BC. He has suddenly realised that he’s turning into his Father, and will soon start hiking his pants up toward his nipples.