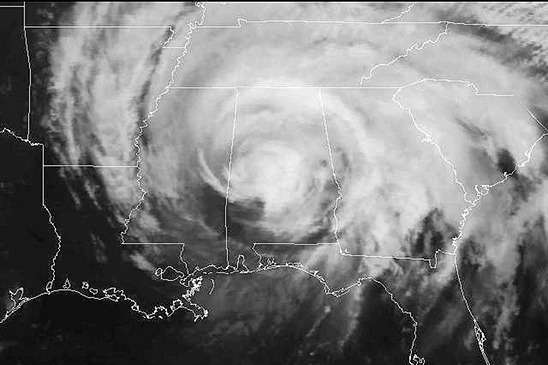 For the Sake of Agnes, Stop Naming Hurricanes.

(SNN) - Meteorologists tell us that Tropical Storm Chantal is barreling through the Caribbean ocean. With wind speeds of over 56 knots, this is definitely not good news for the residents of the tropics in the path of this storm.

There is much concern over the damage that can be caused by a Tropical Storm, or worse, a hurricane. There should be more concern, however, over the damage caused to the names of these storms.

In 1972, Hurricane Agnes moved across Florida, then off the coast of the Carolinas. It made landfall again near New York City, swept slowly across Pennsylvania and New York before the storm finally blew off the New England Coast.

Agnes caused millions of dollars worth of damage, most of it due to flooding. People were evacuated from their homes and businesses were shuttered in preparation for Agnes’ arrival. I remember my parents moving us from our apartment on the bank of the Genesee river just south of Rochester, to Grandma’s house, a few miles from the river and a few hundred feet higher in elevation than our apartment was. We stayed for a few days at Grandma’s house until the water level on the river decreased to a safe depth.

All of the damage, destruction, and death pale to the damage done to the name, “Agnes”.

Prior to 1972, Agnes was a perfectly acceptable and delightful name for a little girl. Perhaps even for a little boy, although it seems to me to be a bit odd for a boy. Nevertheless, families would not hesitate to name their new born daughters Agnes. After 1972, this was not the case.

Imagine the scene as two soon-to-be parents are discussing possible names for their yet-to-be born child, and the name Agnes comes up. Perhaps one parent mentions some distant grandmother, or favorite childhood aunt who had that name.

“Agnes is a lovely name dear; if we have a girl, we should use that name?”

Photo by: Some rights reserved by cnystrom flickr photostream, The Sage nor this article endorsed.