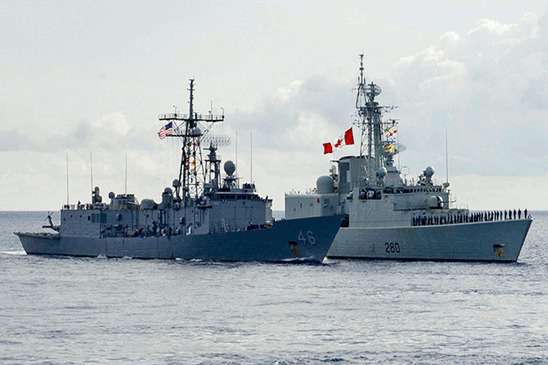 Giving Thanks that we aren't American? Think Again.

(SNN) - Before we start giving thanks that our Political system is so much more adult, productive, and caring that the US system we now see in hopeless gridlock, it’s worth reminding ourselves of the truth that is out there (somewhere!), and that all is not well in “The Socialist Republic of Canuckistan”, as we were once so comically named on FOX News.

The US system may be as broken as the FIFA World Soccer rankings, but up here, things are sliding in the same direction. Their Government parks and museums may be shut down, but there is some dialogue at some level. Up here, when the Prime Minister decides that he no longer wants to hear parliamentary dissent, from the NDP Kids in the Hallway, he simply picks up his ball and goes home. The Prorogation of Parliament that once caused us as much concern as – well, a total Government shutdown – has now become a semi-annual tradition in Ottawa, like the Press Dinner, or Stephen Harper trekking to Nunavut. If we haven’t supported it by allowing it, we have at least accepted it as part of regular business – or no business, if you prefer.

While we are certain that the entire US system is more corrupt than Colombia’s, surely we have only just scratched the surface of what our tax dollars are actually being used for in the Senate, other than allowing Mike Duffy to live in multiple places at once, and to give cash to TV repairmen for dietary advice. To make matters worse, we are now finding out that the Prime Minister’s almost Stalin-like grip on his Government and party’s day-to-day business is not as Darth Vader-like as we once thought. While we hated the idea that every single sound-bite was controlled by he of the glasses, unused sweater, and dismissive attitude to over 50% of the populace, at least we thought we knew who was pulling the strings. As of this week, we found out that his ex-Chief of Staff could keep enough daily goings-on from him to fill a planeload of Illicit Senator travels with paperwork. Hell, he doesn’t even know who we are spying on, and why.

If the screaming dunces that make up the US Tea Party rump are enough to actually make you mad enough to go buy a gun (Perhaps this is part of their Master Plan?), then remember that the last Omnibus bill passed by the Conservative Government, struck down more Environmental and Scientific Research bodies than at any time in history. Now, the opportunity to dig up Alberta, and drag it spilling and poisoning ‘From Sea to Sea to the Gulf of Mexico’ is fully there, and we can concentrate on selling the entire country to Asian Fuel companies, and their cheaper, non-union, non-English speaking work forces.

Of course, the most galling thing about the US shutdown and approaching debt crisis is that it is being controlled by members of Congress that report to about 16% on the entire populace. If we want to slap them hard to remind them that they lost the election, they lost the Health Care debate, and they are going to lose this, and that - at some point –they are going to have to behave like adults and compromise to the will of the people, think for a second. Did we sign up for all of this during the last Canadian election? Do the actions of this Government make you want to jump onto the Justin Trudeau spliff-filled Bandwagon faster than Kris Kardashian onto another rich husband?

So, let’s not be too thankful for being “Us and not them” over this long weekend, because it may not last. Just be thankful that we can enjoy our Thanksgiving at a time when the weather is still good enough to go outside. This may be out of our control, but it is something Canadian that we can brag about. Or is it just due to climate change?

Steve James is an Actor, Stand up, and Comedy writer in Vancouver BC. He has just changed his address and phone number.

Photo: Some rights reserved by SurfaceWarriors flickr photostream, The Sage nor this article endorsed.