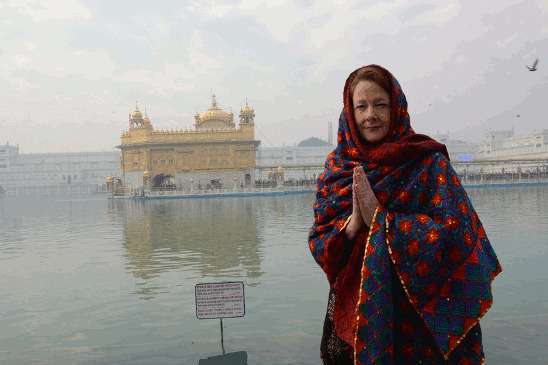 (SNN) - In a recent Twitter exchange, I was taken to task for criticizing the cost of accommodations for Premier Alison Redford’s Executive Assistant when he stays overnight in Edmonton.

I tweeted, “She could have found decent accommodations for a cheaper rate than $200 per night for him to stay at the Hotel MacDonald.”
Someone replied the issue is a “tempest in a teapot” and that in the scheme of things $200 a night is not expensive… that Brad Stables (the premier’s EA) needs to be housed in safe, convenient, clean accommodations.

That response is valid, and I almost conceded the cost was not all that excessive, especially since the Hotel MacDonald offers provincial employees a special rate.  Yet, for some reason, I just can’t let go of the level of luxury the young EA seems to enjoy, or the way the evidence is piling up that Ms Redford is oblivious to the way her spending is affecting the way we see her.

First of all, her EA is not an elected official.  When our elected officials travel away from home they should be accommodated appropriate to their status and the business they are doing on our behalf.  But, Brad Stables was not elected. He works under contract, paid out of the public purse.

It’s not like I expect him to stay at some grungy motel on the edge of town, but I’m starting to get the feeling our current premier has no idea how many of the rest of us live.  She doesn’t even attempt to keep costs down when it comes to her own comforts and to those she favours.

Cost include her unnecessary trip to London during the Olympics, the $146,000 spent on hotel rooms that went unused, and her use of $45,000 in associated costs to fly home from South Africa after Nelson Mandela’s funeral, including the $20,000 spent on flying her EA to and from Johannesburg on a private journey.

I don’t want to come across as a spokesperson for the Canadian Taxpayers’ Federation.  I think the premier needs to travel… and I think she needs to travel in a style that befits her elected position.  She is, after all, the premier of our great province.  Nor do I expect the people who do the work of this province—and travel away from their families and homes—to stay in Spartan conditions.

It would be refreshing if our political leaders tried to operate in a way that made us believe they understood where the money they're spending comes from.   We all appreciate a bit of comfort, but wouldn’t it be something if our leaders... you know... actually led... by example.

Will Munsey is the President of the Alberta Party, and the publisher of the Berry Patch Perspective.

Photo: "Premier of Alberta Alison Redford at Golden Temple, Amritsar, India. January 14, 2014." Some rights reserved by PremierofAlberta flickr photostream, The Sage nor this article endorsed. The original image can be found here.