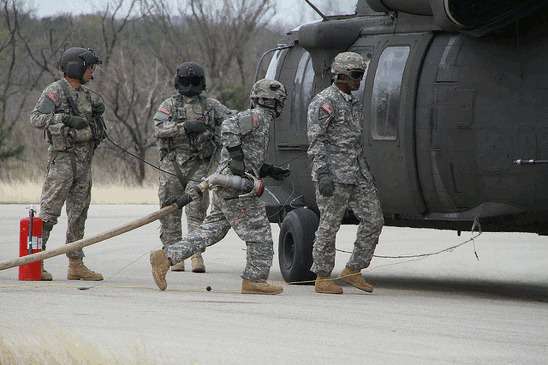 The Fort Hood Shooting: What You Should Know

(SNN) - Today is April 4, 2014 and various news sources have sensationalized the following incident, and others like it, so many times that it’s already old news. On April 2, 2014, Army Spec. Ivan Lopez  shot a number of people at Fort Hood, Texas, before fatally shooting himself. Three of his victims died, sixteen others were wounded. This is the second shooting incident at Fort Hood, the earlier one was an act of terrorism by a military psychiatrist.

Arguably, it could be said the psychiatrist shooter was mentally ill, certainly Lopez was. It is known that Lopez was being treated for depression, anxiety, and insomnia (classic symptoms of Post Traumatic Stress) at the time of his violent act, although he was in Iraq for only four months and did not see combat. Here is more information about PTS. Lopez had a heated altercation with other soldiers in his unit shortly before the shooting, and that is thought to possibly have been the inciting incident.

Mental illness is not a definitive predictor of violence, yet the public correlates the two when fed a steady diet of news, books, and movies that sensationalize random acts of violence by crazed perpetrators, and in consequence stigmatizes those with mental illness. Heather Stuart, in her paper “Violence and Mental Illness: An Overview” (World Psychiatry, v.2(2); Jun 2003, PMC1525086) says, “The public most fear violence that is random, senseless, and unpredictable and they associate this with mental illness. Indeed, they are more reassured to know that someone was stabbed to death in a robbery, than stabbed to death by a psychotic man…. (Yet,) ”…the prevalence of violence among those with a major mental disorder who did not abuse substances was indistinguishable from their non-substance abusing neighbourhood controls,” (according to “the most sophisticated study” done on the subject of mental illness as predictive of violence).

In addition, many non-psychotic mental illnesses (for example: depression, anxiety, and especially PTS) often have predictive causes, such as child abuse, child sexual abuse, rape, military sexual trauma, and facing the possibility of violent death (for example: being a victim in domestic abuse situations, being a victim of violent crime, and being in combat during wartime).

One wonders if mental illness is even an appropriate term for any condition that is a normal response to abnormal and traumatizing experiences.

Medical conditions and illnesses are no longer feared and stigmatized, for the most part, because we understand them. We understand that physical illness is not due to any moral failure on the part of the sufferer. Likewise, it is time we understand mental illnesses, many of which have physical or medical components, and let go of our irrational fears and prejudices. It is time we stop sensationalizing random acts of violence and automatically attributing them to mental illness, either overtly or by less direct means.

Award winning actress Glenn Close advocates for those with mental illnesses through her organization bringchange2mind.org (BC2M). I urge everyone reading this to educate themselves about mental illness. BC2M is a great place to start.

Maye Ralston writes stories, essays, and books. Also she writes opinion editorials and essays for The Sage and is a member of the Midwest Writers Workshop Planning Committee. She blogs at Writing Heartland.

Photo: Some Rights Reserved by Virginia Guard Public Affairs flickr photostream, The Sage nor this article endorsed. The original image can be found here.