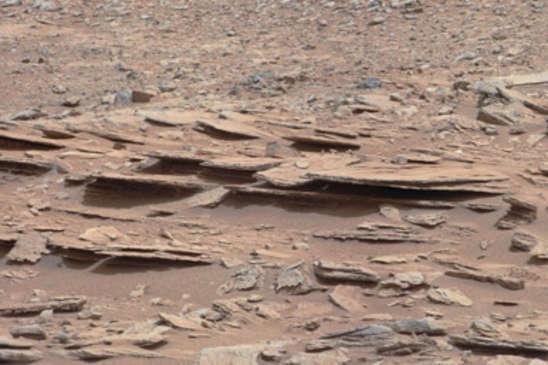 (SNN) - Sci-fi fans will appreciate the news that Mars will soon be permanently colonized. In fact, for most sci-fi fans it's probably old news. For the rest of you here is a brief recap: Mars One is a not-for-profit Dutch foundation that has planned a project to colonize Mars. Here is their project schedule, and applicant requirements. The first part of the astronaut selection process has been accomplished. Here is one of the select few who will vie to be one of the 40-50 candidates to make the final cut. If you find yourself vaguely recalling another historic Dutch colonizing project, here's why.

It is expected that one of the earliest endeavors of the astronauts will be to extract water from the planet. Cutting edge technology is already giving us the ability to replicate products, including food, and Mars dirt has the elements needed to sustain plant growth. Some think one of humankind's ultimate goals will be to terraform Mars, creating a habitable environment. But how long will that take? In the meantime, Earth will have to sustain the Mars settlement until they become self-sustaining.

The Mars One project is expected to cost six billion dollars. Mars One plans to fund the project using crowdfunding to create a Reality Show around the project. I'm guessing it will take more than crowd funding and Reality TV to accomplish this project and especially to keep it going. I'm guessing that, ultimately, it will require investor funding. Investors expect a return on their investments.

The only thing Mars currently has to market is dirt and minerals. Eventually, it will have astronauts using products from Earth that can be advertised via Reality TV. But will it be enough?  Mars has the basic elements needed for a variety of industries to create many of the products we use today. Many Earth industries are contributing to global warming by the pollution they create on Earth. What if Earth could send its polluting industries to Mars? What if it would be a beneficial thing for Mars to have industries polluting the environment and creating jobs making the new settlement self-sustaining? Some theorize that greenhouse gasses may be used to terraform Mars.

Whether or not terraforming is a viable goal and pollution a workable method for achieving this goal, I'm guessing corporate investors will eventually outsource industries to Mars where there are no regulations to impede them, at least for the first hundred years or so.

Whatever the long-term implications of this, I can't wait to get my first product labeled "Made on Mars."

In addition to writing for The Sage, Maye Ralston writes stories, essays, and books and blogs at Writing Heartland. She also volunteers as a board member of Midwest Writers Workshop.