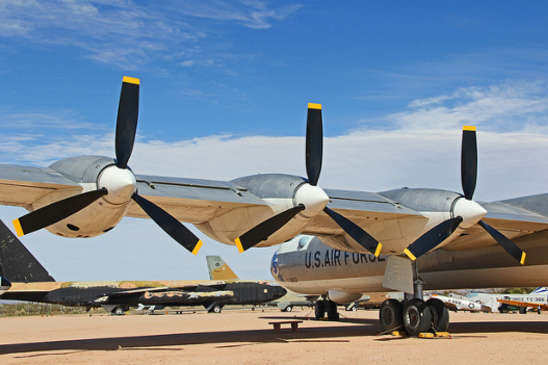 A 4th of July Nostalgia Wallow

(SNN) - First I heard a thunderous deep bass rumble, soon joined by a high-pitched, banshee howl. The thunder shook me, and the howl had me plugging my ears. It came from the biggest thing I had ever seen in the air.

I was a ten-year old kid. The first time I heard and saw what was producing that noise; it scared the hell out of me. After that, each time it reappeared I stopped, watched and listened—as kids tend to do.

My father was a career Air Force officer. I was brought up mostly on a series of Air Force Bases. They were filled with many wondrous, deadly and unusual sights and sounds.

Fourth of July weekend seems an appropriate time to drop the shield of adult cynicism and take a quick wallow in the nostalgia of childhood.  Oh, hell, I’m of Irish descent. We Irish dominate the Nostalgic Wallow at the Masochist Olympics.

Except for the occasional duck and cover drill, kids like me were pretty much kept protected from the-things-that-worried-adults back then. I’ll leave the bad stuff to historians for now. But for a ten-year-old service brat like me, it was a time more in tune with Norman Rockwell than the Hard Rock Café.

Just one base visited on this particular wallow, or we might be here until fall. Let’s go with Eglin AFB, near Fort Walton Beach in the Florida panhandle, about midway between Pensacola and Panama City.

Currently Ft. Walton Beach and environs are a bustling tourist destination. Back in my day it wasn’t just sleepy, it was positively narcoleptic. Watching Spanish Moss and Cape Jasmine were the only nightlife, and endless miles of white silver sand were not yet covered with cheek-by-jowl condos and hotels.

Dr. Pepper was my drink of choice when I got to choose. It was only available in six-ounce non-returnable glass containers with “10-2-4” printed on the side. *

It was in Ft. Walton Beach, at the Seagull restaurant, where this Brooklyn born kid discovered Hush Puppies—the food not the shoe. At the on-base swimming hole called Ben's Lake  I chased Stingrays—the sea creature not the sports car. When you swam there, you watched out for Ol' One Ear, the irritable alligator who (it was rumored) feasted on small dogs and bad children.

I’d only been there a few days when I saw my first “Peacemaker” take off. There was no irony to the plane’s name back then—its job was to keep the Cold War from warming up. The Convair B-36 was the biggest bomber the US ever built. It took six pusher-prop piston engines mounted on the back of its wings and four whistling jets below them to get a fully loaded one airborne. Hence the racket. It was nicknamed the “Aluminum Overcast” and could fly to Russia and back, we were told. It never did. But the sound it made was cooler and scarier than anything I’ve ever heard this side of a Lamborghini.

I remember the sudden thump-THUMP! of sonic booms as F-86 Sabre Jets dove through the sound barrier.  Soon, F-100 Super Sabres would do that in level flight. They tested the new stuff at Eglin.

I remember rushing out and putting our rotating lawn sprinkler on top of the car the moment I saw a low-flying C-47 strafing neighborhood mosquitoes with DDT. The spray killed bugs, ruined car paint, and did Lord knows what to the human body. Who knew back then?

I remember the exciting news that a new Gulfarium was ready to open in Ft. Walton Beach. This was followed by the bad news that the opening would be delayed while they drained the main tank of shark viscera. Someone had the bright idea of putting porpoises in with sharks. Porpoises kill Sharks. Who knew back then?

There was a Hurricane party. The Moms and kids had to fend for themselves since Papa pilots were ordered to fly the valuable airplanes off the base and out of danger. The Moms gathered together in the living room heroically lessening the chance of flying glass injuries by thoughtfully emptying gin bottles, one Martini at time.

Meanwhile us kids were conducting experiments to see how well scraps of paper dipped in melted wax would burn.  Not very well, as it turned out.  The Hurricane decided to go elsewhere before we solved the wax problem.

I remember the smell of my Dad’s leather binocular case as I sat in the announcer's booth with him, watching the Eglin Eagles battle Pensacola Navy. Dad volunteered to be stadium announcer and I helped him identify the players. Military teams were very good then. Former Bear end and coach Jim Dooley played for Eglin and other NFL talent found service ball was one way to meet your military obligation.

We swam at the Officer’s Beach Club on the Gulf.  This was well before “Jaws.”  If a lifeguard yelled “Shark!, “ folks would amble or mosey out of the water.  If he warned of "Portuguese Man of War" sightings, people skedaddled at high speed.  People used words like “skedaddle” back then.

There was no air-conditioning. I remember the rattling of the oscillating fan at night. It rattled better than it moved air. Some nights you just slept in your sweat.

Most Sundays, after Mass, Mom and Dad stopped by the base Officer’s Club for a couple of drinks and some socializing.  Kids weren’t allowed in the bar, of course, so I was deposited on the porch reading room.  There I downed a procession of Dr. Peppers and read magazines.  It may be why I became a writer. Writers are allowed in bars.

I remember the absolute authority of the Sisters at St. Mary's elementary school in Ft. Walton Beach. The nuns had those big, 15 Decade Rosaries wrapped around them, and used the weighted crucifixes as a Bolo. They could pick off a feasting fly or sleeping student at 25 yards. Or maybe I imagined that? (I’ll check for scars and get back to you.)

Sure, the old Halo effect has set in and all but wiped out the bad memories, but back then, growing up on an Air Force Base didn’t seem such a bad life for a kid at all.

*The 10-2-4 was a not-so-subtle suggestion that you down three Dr. Pepper’s a day—at ten AM, and again at two and four in the afternoon.

Photo: Some Rights Reserved by Clemens Vasters flickr photostream, The Sage nor this article endorsed. The original image can be found here.