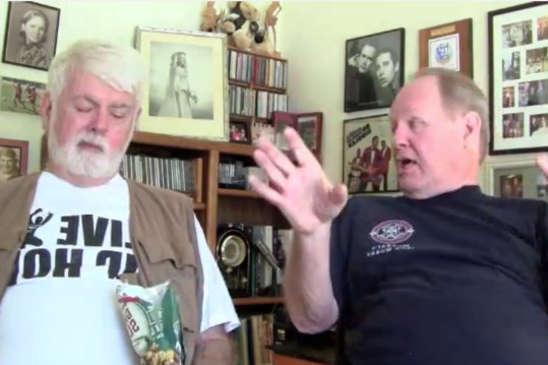 The Old Coot and the Geezer Show - The Lost Tapes

(SNN) - They are back and this time with a treasure trove of C&G memorabilia, plus a review of the "Dawn of the Planet of the Apes," aka, the monkey movie.  We caution you (nudity), there is a scene here dealing with a gratuitous bathing of a, ah.. er... cat.

The Old Coot and The Geezer--one is a working character actor in Hollywood, the other won seven Emmys as an on TV Entertainment Reporter. Now they're two old Curmudgeons who love movies, popcorn and reminising with each other. In this very special episode, the duo find "The Lost Tapes". They look at past mistakes, an upcoming movie and the fact they've both met and/or worked with show business legends. Now with even more production values, the stars of The Sage's video department...