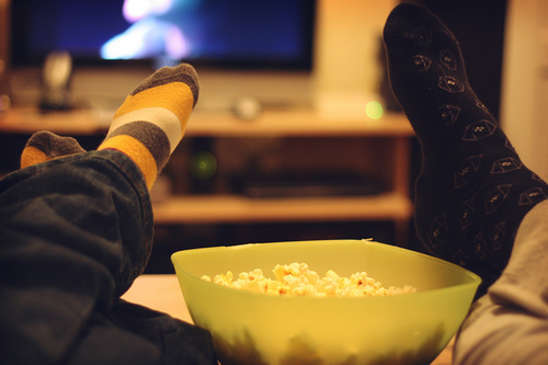 Photo: Movieholics can relate to this one

(SNN) - After the Academy Award announcements comes a game called “Who got snubbed?” It’s a fun game, everyone can play, but there are no hard and fast rules and no real honors handed out to the “winners,” who win  a snubby by not being nominated for an Academy Award.

The biggest "Snub" for me this year was that the snubs—while controversial--came with a logical explanation. "Logical" in this instance doesn't mean "defensible" or "appropriate" but each of the major ones is less a mystery than it might seem. Oh, one more thing. Don't bother disagreeing with my theory--we'll never know for sure since voting totals are secret.

So here then the winners of the "Snubbies."

"SELMA" suffered from the utter unknown status of its top potential Oscar nominees. Director Ava Duvernay may be ticketed for future triumphs, but as of now, she is easy to overlook. Same with David Oyelowo, denied a best actor nod.

Then again the release pattern hurt. "Selma" came out late in the year, few voters saw it in theaters, and the DVD screeners weren't sent to potential voters until it was too late.  Lots of voters prefer slipping a DVD into the player instead of fighting traffic and crowds and seeing the movie in public.

“THE LEGO MOVIE" Old people hear differently. I know that because I'm old and I hear differently.  Too much of such an aural assault tends to overwhelm. I looked forward to seeing "The Lego movie"--which I viewed on a screener--but shut it off half way through because it was so much an aural jumble I was getting a headache. (This didn’t change vote totals. I’m not an Academy Member and hence can’t vote.)

The problem isn’t merely the number of voices, but the equal prominence of each conversation. This forces the listener to constantly choose what line of overlap to focus on.

The late overlap savant, director Robert Altman, and his sound effects editors solved that problem in movies like "M*A*S*H" and "Nashville" in rich and wondrous ways. Youhear the background dialogue but are given cues by sound levels and visual markers. You know where to center your focus. Audio atmosphere is added without coherency being ruined. See the same film a second time and you’ll often pick up this additional dialogue as you aren’t fixated on plot and performance so much.

LEAD ACTOR:  Jake Gyllenhaal gave a great performance as a seemingly ordinary guy driven by inner demons and ambition. Trouble is, he didn't have an easily discernible disease driving him. Oscar loves diseases, handicaps, and martyrdom caused by questionable social standards. This explains why this year's likely winners will come from among Eddie Redmayne (ALS), Benedict Cumberbatch  (Gay),  Julianne Moore (Alzheimer's) Michael Keaton (hallucinations) J.K. Simmons (Batshiat Crazy). Yes, Gyllenhaal's character was a psychopath, but played so brilliantly that he seemed normal until it was too late. Oscar is sometimes fooled. Until that ends, the Snubby again goes to Adam Sandler

The bad news about all this is you will never fix Oscar's little quirks and eccentricities. Most voters are old white guys. Some of those tend to over-value that with which they are most familiar. Sometimes that’s caused by ignorance, prejudice, misinformation or just matters of personal taste. Fallible beings rarely make infallible choices.

But before someone suggests the solution to this problem is a massive influence of youth, don't forget most movies released during the year are youth-oriented crap which values bottom line over awards and whose only hope for honors is to earn a Golden Raspberry.

Unaltered Photo: Some Rights Reserved by Ginny flickr photostream, The Sage nor this article endorsed. The original image can be found here