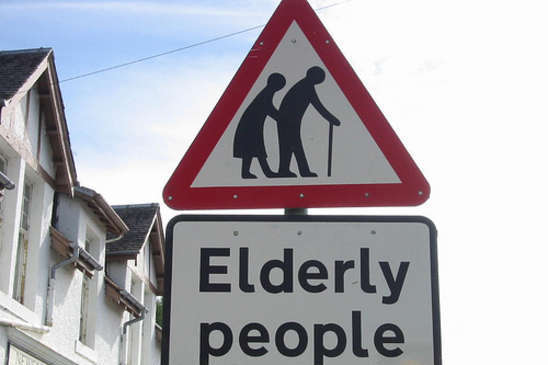 (SNN) As many of you know, the World’s Greatest and Most Elderly Rock & Roll Band, The Rolling Stones, are about to launch their North American “I’ve Got Headbands Older Than You” Tour May 24th.

Are they too old to rock and roll? Rumors are flying and lead singer Mick Jagger already has denied reports the “hot young chick” he’s now dating is Queen Elizabeth. Guitarist Keith Richards did reveal the band is healthy and he and Jagger have even put on a few ounces to bulk up for the tour.

On a positive note, tour sponsor Dr. Comfort, “worldwide leading provider of diabetic footwear,” has agreed to donate all support hose thrown by fans during concerts to needy old people.

Here is the list of changes that have been confirmed by my usual peccable sources.

2. Guy who used to provide drugs backstage is now running the Depends stand.

5. Due to arthritis issues, Keith Richards will play 4-string Ukulele instead of electric guitar.

6. Title Change: “You Can’t Always Remember What You Want.”

9. Bathroom Breaks after every five numbers.

10. Notice on tickets. “Anyone who knowingly wakes a napping Stone shall be ejected.”

13. Audience members will asked to hold up signs reminding Mick what state he is in.

14. Some other audience members will be asked to hold up signs reminding Keith what planet he is on.

15. Title Change: “This really could be The Last Time.”

Unaltered Photo: Some Rights Reserved by Ethan Prater Flickr photostream, The Sage nor this article endorsed. The original image can  be located here .