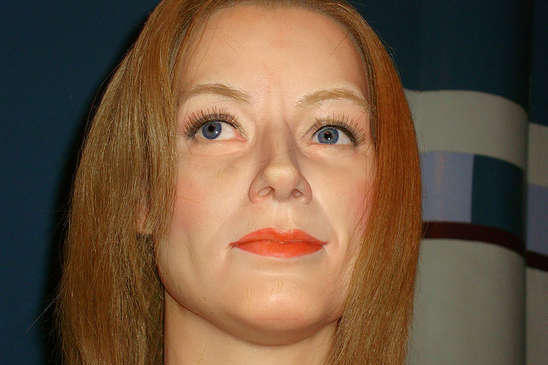 The Day I Did Not Impress Jodie Foster

Photo: An amazing talent despite the adversity she faced

(SNN) When I was a movie critic on TV in Los Angeles I frequently drove directly to movie screenings after doing the early news. This meant I had time to kill and I got in the habit of bringing a book with me.

The Academy of Motion Picture Arts and Sciences contained one of, if not the best screening rooms in Los Angeles, as befits the organization that gives out the annual Academy Awards. One time I’d brought my customary time-killer with me, then ran into legendary Disney publicist Arlene Ludwig. We chatted for a little bit, and she introduced me to the recent college graduate she’d brought as her guest.  She seemed vaguely familiar, but was dressed down and makeup free. But I recognized the name.

Back in 1985, Jodie Foster had yet to become JODIE FOSTER. She had had a prolific career as a child actor and a breakthrough performance in Taxi Driver at age twelve. She went off to college in the early eighties, her movie career slowed to a crawl and she had just graduated from Yale.

Four years earlier she’d been in the headlines when a man named John Hinckley wounded then President Ronald Reagan, claiming he did so “to impress Jodie Foster.” (Hinckley was found ‘not guilty by reason of insanity and had been in mental care facilities for 35 years before his release earlier this month.)

Arlene invited me to join them at the screening. As with most critic screenings, the studio provides attendees with an information sheet with the basic background, cast and credits for the movie you are seeing.

As we sat down in the theater, I quickly placed the card over the book I was carrying with me.  Ms. Foster noticed. She is, after all literate, and perhaps was curious what a TV critic reads while waiting for a movie to begin.  Or maybe she surmised my move to cover up the book was intentional.

“What are you reading?” she asked, smiling.

“Oh nothing. It’s a book, actually, “ I responded, searing into her mind forever what a bright boy was I.

“I know it’s a book,” she said playfully, giving me the benefit of the doubt that I was not a congenital idiot. “I’m curious what book it is?”

“Nothing really,” I said, “Just a book. You wouldn’t be interested.”

Yeah, that’s going to work with someone as bright and curious as Ms. Foster.

“How do you know I won’t be interested?” she asked, the question posed in a friendly voice, but now with a slight edge to it. Was I a pseudo-intellectual who thought she wasn’t bright enough to appreciate what I was reading? Had the knucklehead she’d just met assumed that because she’s an actress she wouldn’t care about anything other than Hollywood?

I was in trouble, and Arlene had noticed the conversation, perhaps thinking the big bully critic was picking on her friend. I detected a “are we having a problem here?” look in her eye.

By then Jodie had tired of the game.  She could wear me down eventually, so like the director she’d one day become, she cut to the chase.
“Give me the book, please.”

And so I handed it over.  By now, you’re rightfully wondering why I was being such an idiot about her curiosity. Was it smut? A scathing biography about her? Something even more embarrassing, such as a psychological analysis of the deeper meanings of “My Little Pony?”

None of the above. The book was titled "Breaking Points."  I’d thought the topic fascinating and informative. As a parent of two children myself, I was curious how parents handle a crisis concerning horrific news about one of their offspring.  The reviews had been good and the co-authors came across as bright and perceptive people.

And their news had indeed been horrific. In 1981, they learned that their son, John Hinckley, had tried to murder the President to impress the woman sitting next to me.

Without a word, Jodie flipped to the index, found her name and started going through the book reading what had been written about her.

When she finished, she closed the cover, and sat there staring straight ahead. I asked if she wanted to keep the book and she wordlessly handed it back to me. Her mood had changed. She was no longer the smiling, college graduate. I had inadvertently reminded her of a brutal invasion of her privacy that had deeply affected her life through no fault of her own. Fortunately, the lights then went down and the film began to play.

As we’ve learned in the years since, Jodie Foster has enjoyed an extraordinary career as an actress and a filmmaker. Among her honors are two Academy Awards for acting and the Cecil B. DeMille award.

As of this writing, Foster has had no comments about the release of John Hinckley.

Photo credit: Some Rights Reserved by Shawn Perez Flickr photostream. The Sage nor this article endorsed. The original image can also be found here.