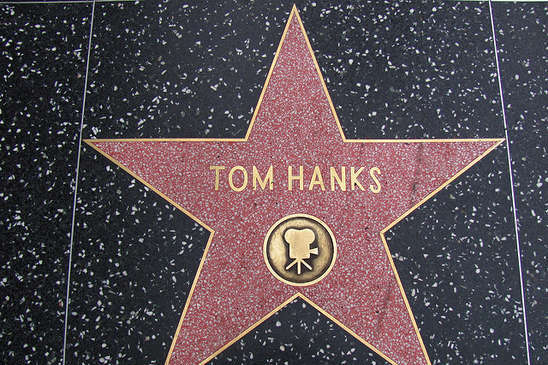 Photo: One of Hollywoods brightest stars

(SNN) “Sully,” the based-on-a-true-story recounting of the Miracle on the Hudson forced water landing of U.S. Airways Flight 1549, opened September 9th. It exceeded box office predictions, became one of the top five September openings ever in the United States, and marked a return to form for star Tom Hanks and director Clint Eastwood. Film Critic and former aviation writer John Corcoran offers 15 reasons why it was such a critical and box office success.

15. It’s a helluva picture. Duh. That’s an advantage, of course. Never underestimate how much quality filmmaking appeals to a public covered with a summer’s worth of onscreen glop thicker than slathered-on popcorn “butter.”

14. Bipartisan support. Clint “I talk to a Chair” Eastwood is considered a friend of Conservatives. Tom “I Talk to Wilson” Hanks is thought to be a classic Hollywood Lib. Imagine that, Libs and Cons working together in harmony. America likes it.

13. It’s the happiest onscreen ending in ages. And it’s true.  Everybody survived, and the hero looks like someone lifted from Perfect Pilot Magazine. A little overdue payback for the year of Glum Events we’ve endured.

12. They didn’t screw it up. I feared a botch job. I’ve been an aviation writer and I’m still an aviation buff—although I never aviate in the buff.  Eastwood has been in a slump. Hanks hasn’t lit up the box office in a while.  Terrific script by Todd Kormarnicki. Without those elements, it could have gone off the rails.

11. The filmmakers got the emotional tenor of the story right. Sure it picked on the NTSB a little for dramatic impact. But it  effectively intertwined action sequences with emotional ones and pleased the techies by getting the aviation details right.

10. Nice support. Laura Linney is excellent as Sully’s wife, Lorraine, and Aaron Eckhart ditto as co-pilot Jeff Skiles.  Eckhart gets the great last line of the movie, but don’t leave yet. Many Easter Egg-style goodies are tucked in among the closing credits.

9.  The film re-enforces a truth about New York City that not everyone knows. In a crisis, an emergency, or most other moments of misery, few people are more willing to, or better at helping out than New Yorkers.

8. Sully makes a few moments of excitement last for 95 minutes (insert your own joke here.) From bumping into the geese to getting goose bumps in a freezing river took only 208 seconds—a little short for a movie. A smidge over an hour and a half was the perfect length. Like Eastwood himself, his movies have little flab and this is no exception.

7. It salutes perhaps the most successful regulatory system in the USA. Flying may suck from getting to the airport to getting on the airplane, but there is no safer way to get from Point A to Point B in the world. Major US Airlines operating in the USA have not had a fatal accident in 15 years. Pilot skill, great design, and redundant systems contribute, but the fact is the airlines are strictly regulated by the Government and it works.

6. America needed a movie like this.  The seemingly endless, acrimonious political campaign has beaten the hell out of us. Nobody likes Congress, few are fond of the media, CEO’s are overpaid, and the Internet is filled with scam artists trying to sell us a bill of goods. We need our heroes. We want reassurance that something works right in this country and that Good Guys still exist.

5. Like Apollo 13, All the President’s Men and Titanic, Sully does the near impossible. It keeps you on the edge of your seat, heart in throat, worried that it won’t end well for the protagonists, despite the fact you already know the ending.

4. It shows us the old guys still got it.  Hanks is 60. Sullenberger is 65 and Eastwood is 86. They all operated at the top of their game.

3. The only other big release on Sully’s opening weekend? When the Bough Breaks, which pulled down a rip-roaring 8% positive score on “Rotten Tomatoes,” compared to Sully’s 82% positive reviews.

2. Because we need reassurance that the guy in the front office of an airliner will act heroically when we are in peril. Not that long ago, the Captain of the cruise ship Costa Concordia was found guilty of Manslaughter for his behavior during that shipwreck.  A Korean Ferry Boat captain was seen leaving his stricken ship well before his passengers could. Contrast that with Sullenberger sloshing though the entire passenger compartment of his sinking airplane twice to be positive everyone was off the plane before he became the last person to leave.

1. Because, unlike Denzel Washington as the airline captain in Flight, Hanks never once flew his airliner upside down. I hate when they do that.

Photo credit: Some Rights Reserved by Loren Javier Flickr photostream. The Sage nor this article endorsed. The original image can also be found here.