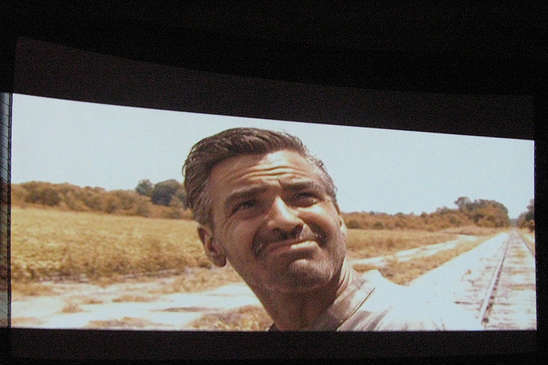 From Brothers, Who Are You? to O Brother Where Art Thou?

(SNN) Among the movies due out next year is “Suburbicon,” directed by George Clooney and staring Matt Damon. The screenwriting team is pretty well known too, as they have written, directed, and produced some terrific movies themselves. When I interviewed them waaaaaay back in 1985, however, they were virtually unknown—but with hints of genius to come.

As a “get” it wasn’t exactly Spielberg or Lucas.  They were in fact first time filmmakers. I don’t remember that I had a lot of enthusiasm about doing an interview with them. Plus, I figured it would be a tough sell to the show producer at KABC-TV where I then worked.

For one thing, the interviewees weren’t stars. They were the writers, director and producer of an independent movie that made a big kersploosh in the critic pool, but didn’t cause much of a ripple at the box office.

Their first flick had become a critic's darling, and a bright forecast was made for the newbies' future, but then isn’t that always the case?

There is never a shortage of promising futures in Hollywood. In most cases they turn into broken promises and the once hopefuls become forgotten burnouts.

But I liked the movie and I knew that the people behind the camera—while obviously lacking the star power of, well, stars—were often the most knowledgeable and fascinating people associated with a motion picture.

And the clincher, the PR person pitching the story said: “John, trust me, these guys are good interviews. Very smart, very funny.”

Upon arrival they didn’t look like the wave of Filmdom Future. They looked more like kidnapped Greenwich Villagers with their ensemble topped off at a second-hand Hollywood costume shop.

If no one had told me they were brothers, I’d probably have guessed it. They played off each other, finished each other’s thoughts, spoke the kind of shorthand intimates with near matching DNA have. They were indeed funny and smart and based on intelligence and personality alone, you figured their first film was no accident.

I still needed a little pizzazz for the interview. I had learned the hard way that most show producers demand pizzazz, especially for a piece about someone they’ve never heard of. So I dug down in my shallow basket of deep thoughts and asked them about success—how would it change them? Specifically, what kind of material change might we expect from them after a big hit? A wardrobe upgrade, perhaps?

Said one with deadly serious mien: “If I’m a big success, I’m going to go out and buy a brand new four-door Ford Fiesta and pay cash for it, and if anything ever goes wrong with it, I’m going to trade it in on another brand new Ford Fiesta.”

That’s a particularly funny line in Hollywood, where the most likely place you’ll find a Ford Fiesta is hanging off the back of a Bentley as a lifeboat.

His brother nodded knowingly and then spoke of the injustice that financial limitations and the struggle for success had inflicted on him, and how he would change all that.

“I’m going to order the large orange juice at breakfast instead of the small.”

No one dare say these guys didn’t dream big back in their scuffling days. Expert at ferreting out the depths of human emotion that I was, I guessed these boys were ready to shift genres. I asked if they had considered making a comedy instead of a noir crime drama with a few laughs in it like their first picture.

“Our next movie is a comedy,” one replied.  "It’s about a young married couple that can’t have a baby, so they decide to kidnap one of five quintuplets belonging to a furniture store owner.”

Sounds hilarious, I lie. What a horrible premise for a movie, I think.

And then Raising Arizona was released and the genius of Ethan and Joel Coen became evident. Their first move was to ease the fears of the audience.  An early scene of the attempted kidnapping set the tone. The ineptly hilarious “H.I. McDunnough” (played by Nick Cage) inadvertently sets all five babies loose on the floor, and then spends the rest of the scene making sure they don’t hurt themselves rather than just picking one up and escaping. For all the peril to come, it tells the viewer he or she could relax and laugh, that no infants would be injured in this movie.

I never had a chance to interview the Coen Brothers again, but got to watch them shoot a scene for The Hudsucker Proxy in North Carolina. They wouldn’t do media interviews, so I never got to ask them about the orange juice or the Fiesta. I couldn’t get too upset, as my consolation prize was a one-on-one with the movie’s star, Paul Newman.

In the years after their first movie, Blood Simple, they have certainly achieved more than their quota of fame and success.  The Coens are arguably the most successful Hollywood brother act not named Marx or Warner.

Photo credit: Some Rights Reserved by Ann Larie Valentine Flickr photostream. The Sage nor this article endorsed. The original image can also be found here.