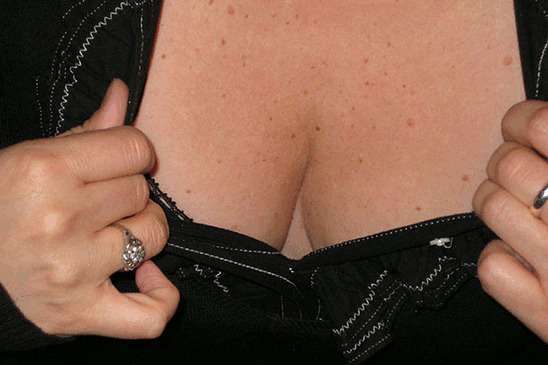 (SNN) - A Florida man filed a lawsuit against a major cosmetics company after he contracted freckles at a live taping of Let’s Make a Deal.

Victor Secret of Sarasota, Florida travelled to Hollywood on May 7th to be part of the studio audience for the popular game show hosted by Wayne Brady. While standing in line to check in, Secret came across the Acme Cosmetics pop-up shop where contestants could get makeup applied to match their game show costumes.

“I was dressed up in my Joker costume and I thought it would be a good idea to reapply some of the red lipstick that had started to fade away,” says Secret. “I was surprised to see that the counter employee didn't use a new tube of lipstick, but I didn’t protest because I was anxious to get in and win something.”

Two days later, the twenty-nine-year-old Speedo and underwear model spotted a blemish on his cheek that a doctor diagnosed as a freckle. Since then, five more have appeared on his face. “It’s gotten to the point that I can’t spend three hours in the sun anymore without breaking out in freckles,” whines Secret. “I can’t afford to be seen in public this way. I haven’t been able to work for the last month.”

Secret told Sage News that Acme employees should have known they were exposing patrons to possible spread of unsightly spots. He is calling for pre-testing of makeup on hairless animals and use of sanitized swabs. He is also seeking unspecified damages for lost wages, irreversible ugliness, and mental anguish.

Photo by: shell belle flickr photostream, Some Rights Reserved, The Sage nor this article endorsed.