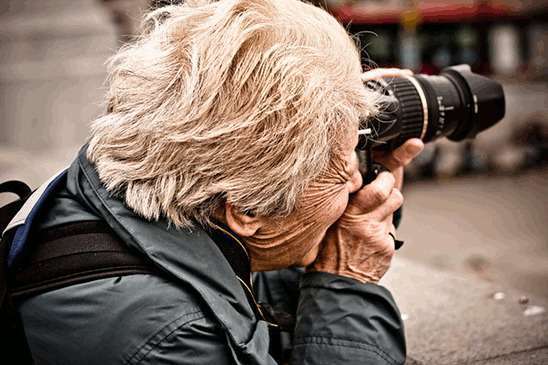 A conversation with Mildred G. of New York.

(SNN) - There is a little old lady in the midwest of America who hasn’t done anything wrong. Mildred G, 89 years old, of Minden, Nebraska, has spent her entire life in relative obscurity. Until this past week.

Amidst a week full of news about insider trading, shootings, speeding train derailments, and Carlos Danger running for mayor of New York City, it has come to light that Mildred has lived almost 9 decades without crossing into illegal or immoral behavior.

Mildred attributes her law abiding record to eating plenty of vegetables, drinking at least six eight-ounce glasses of water a day, weeding her flower bed, and generally following the rules. “I don’t own a television. If I need to know what is happening in the world, I go down to Trout’s General Store and ask Gil, he knows everything. The television is so full of bad news, it makes me sad,” she opined as she sipped a tall glass of water, filled with ice cubes and a lemon wedge.

As we walked through her well-kept flower beds, admiring her petunias, begonias, and prize winning roses, she pointed out her white 1987 Caprice Classic. “I never even speed. When I go down to Trout’s I drive a very strict twenty-nine miles per hour.” She jabbed the air for emphasis when she said twenty-nine

When asked how close she has ever come to breaking the law, she paused and gazed off in the distance. “I remember one July, when I was 12; it was hot. If I remember right it was almost 120°. I was walking back from Trout’s General store, where I had purchased flour for my mother. Gil wasn’t running the store; it was his dad Fin. Anyway, I was coming home and I was so thirsty. I really wanted a tall glass of ice water. Old Lady Mabel had left her hose out. I thought, ‘Just a little drink from that and I would feel so much better.’ Well, all of a sudden, a thought crossed my mind - rippety snort - that wasn’t my hose, that wasn’t my water. If I had drunk from that hose I would have been stealing. That was the closest I have ever come to breaking the law.”

When asked what advice she would give to a young person today who wanted to remain a law-abiding citizen, she furrowed her brow and spent a few moments pulling a stray weed from her gladiolas. “I would tell them to eat their vegetables, drink plenty of water -  don’t mess with that soda pop - it’s the work of ne’er do wells. Plant a garden and tend to it every day. Get rid of your televisions, it sucks your mind dry.”

Photo: Some rights reserved by garryknight flicker photostream, The Sage nor this article endorsed.