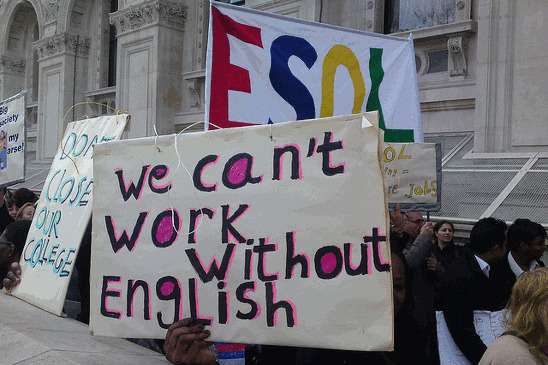 (SNN) - Concerned over increasing job losses from English language call-centers in India and other low-wage countries, the Labour Party will soon introduce legislation to change the official language of Great Britain.

“We are a fiercely independent island. If speaking English is costing us jobs, we'll take our licks and learn another tongue,” said one MP who promised a lively debate, but not in English.  “We learned French during the Norman Invasion so we can surely adapt to this new challenge.”

Regional representatives have already begun lobbying parliament in favor of Welsh and Cockney, but the Queen is said to prefer a neutral tongue that would satisfy everyone’s taste. Catalan and Hungarian are rumored favorites, representing such a high barrier to competition that no foreigner has ever mastered either.

“We’ve already lost our manufacturing base to China,” said the MP. “I’ll be banger-mashed if we lose our talking base to Sri Lanka.”

To help Britons develop the skills necessary to compete in the global market for help desk services, the Labour Party has promised a large budget for nationwide training in telephones, politeness, and clear enunciation.

Photo: Some rights reserved by szczel flickr photostream, The Sage nor this article endorsed.