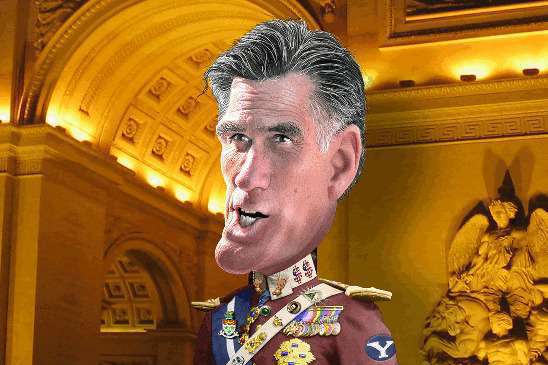 (SNN) - Now that Barack Obama has entered the lame duck phase of his second term, the US political establishment is furiously rewriting past history and sending up trial balloons for the future.

Exhibit “A” is “Mitt,” the Netflix inside look at the Romney campaign.

Willard “Mitt” Romney is presented as a family man, a crusader for traditional America, and a well-starched suit that lost the presidency twice because he was misunderstood.

His sons Tagg, Buzz, Biff, and Binkie emerge as a smart and candid group of advisors to whom Mitt never listens. “If only people knew him as we know him,” says one of his adoring tax deductions, “they would vote for Michelle Bachmann.”

The vignettes offer peek into the family’s more intimate moments, like when Mitt attempts to iron a shirt sleeve while wearing the shirt.

Like Richie Rich the comic character, Mitt clearly hates being misunderstood and nothing gets under his collar more than being called a flip-flopper. Sure, as governor he brought universal health care to Massachusetts, but he now realizes it was wrong! (Ironically, the documentary reinforces the flip-flopper charge by revealing that he switched from a Blackberry in 2008 to an iPhone in 2012.)

Ann Romney is shown to have excellent taste in clothing and, as such, would have made a great First Lady. In a calculated attempt to make Mitt look more human, the editors give Ann a lot of screen time.  She approaches something akin to warmth while leading the family in a long, tearful prayer to ask Jesus to officially endorse the campaign. Audiences have another chance to relate to her folksy manner when she nuzzles her Olympic dressage horse and yanks playfully on his tongue. Clearly, Ann is just like the rest of us.

The documentary smartly avoids any controversy that would taint Romney’s resurrection. The famous episode where he says that 47% of the country consider themselves victims who are entitled to  “... health care, to food, to housing ...” is brushed over as a mere slip of the tongue. Who hasn’t said something they later regretted after seeing it on the news?  In the end, Romney won 47% of the popular vote, so maybe all those "victims" forgave him.

No time is spent analyzing his defeats, but we do get to watch the family agonize over the 2012 election returns and chow down huge bowls of denial until Mitt reluctantly writes a concession speech.

The film ends poignantly when Mr. and Mrs. Romney bid farewell to the Secret Service detail, and return home to one of their many mansions. In the end it’s clear that the White House would have been a step down for the Romneys, but they were willing to take the hit for Team America.  Maybe they still are.