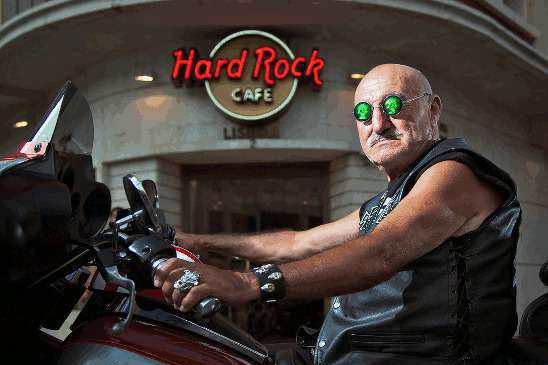 Above: Former "Freedom 55" policy holder has a clear vision of his future.

(SNN) - London Life Insurance Co. desperately needs to rebuild its client base and is changing the name of its financial planning division known as Freedom Fifty Five Financial to do it.

As part of a major rebranding strategy, the London-based company is moving away from the “Freedom 55" concept to promote "Servitude 75", a new way of thinking that it believes will resonate more with its customers.

“Freedom 55 was a popular concept back in the 80s but things have changed since then,” says the 85-year old VP of Wealth Management, Tangledork Mangleplum, who’s still working because he doesn’t have enough cash to retire. “Yes, we still offer financial security planning solutions that allow people to choose when they retire, but the hope of retiring at 55 is pretty much dead. Oops, no pun intended."

One of the drivers of the new strategy is the growth in the baby boomer population, which is living longer than ever. According to Statistics Canada, men now have an average life expectancy of 82 years compared to 75 in 1974. Women are living an average of 85 years, which is six more years than the average female lifespan back then. This means that workers that photocopy their butts and mail it to their boss when they hit 55 need enough money to survive for an extra 30 years.

According to Mangleplum, Servitude 75 is much more in line with today's economic and demographic realities and speaks to the population, whose financial circumstances make it difficult to sock away the minimum $2 million dollars required to retire after 35 years of service.

“I’m not only the VP of this financial services company, I'm also a customer so I know what I'm talking about," says Mangleplum. "I've been using their products and services for over 50 years, and this has helped me reach the point where I can now retire five years after I die.”

London Life will be formally announcing the new division name through a promotional campaign set to launch in May, when executives hope to see a significant turnaround in its sales. "If that doesn't work, we'll try our back-up slogan "Entombment Eighty-Five".

Photo: Some Rights Reserved by Pedro Moura Pinheiro flickr photostream. The Sage nor this article endorsed. The original image can be found here.