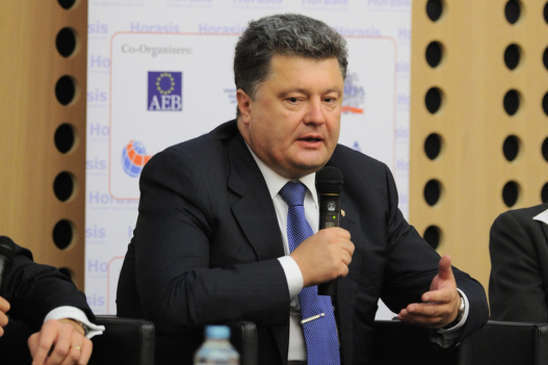 (SNN) - Tensions in Ukraine have been high for a while now, but on May 25 presidential elections were finally held, with Petro Poroshenko winning the presidency with 54% of the vote. Unfortunately, a scandal broke out before the elections were held, when Sith Lord Darth Vader was denied an opportunity to vote when he arrived at one of the polling stations.

With wide unrest still gripping Eastern Ukraine, the army is struggling in their efforts to take control of the situation. This act of discrimination may further isolate Ukraine’s Sith community, denying the country any hope of turning to the dark side to help subdue the separatists.

This is not the first time Darth Vader faced discrimination. Back in April, his bid to register for the presidential elections was rejected, and a few weeks ago, another bid by the Sith Lord to run for the mayor of Odessa was also denied. Despite this, Darth Vader never gave up hope and was still running for mayor of Kiev, Ukraine’s capital, as a write-in candidate. Unfortunately, Darth Vader lost to famous boxer and politician Vitali Klitschko, despite running a series of impressive campaign ads like this:

While the ads were effective and did bring Vader popularity amongst the other 20 candidates in the running, his message was not well received by everyone. Some people liked a strong candidate who could defend himself against multiple attackers without any security, while others said they would never vote for someone who killed four Jedi knights.

Despite these setbacks, Vader has vowed to continue his mission of turning Ukraine into a “Galactic Empire” and one can only hope that in the future, we will see a Death Star in the colors of the Ukrainian flag orbiting the Earth.

Photo (cropped): "Petro Poroshenko"  Some Rights Reserved by Richter Frank-Jurgen flickr ohotostream, The Sage nor this article endorsed. The original image can be found here.