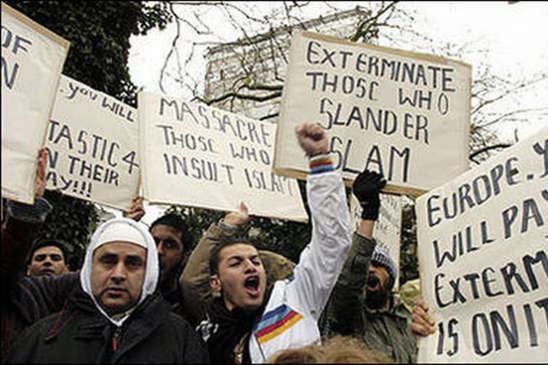 Leaked documents suggest ISIS was created by the CIA

(SNN) - Another shocking scandal came to light a few days ago after leaked documents showed that ISIS is actually a secret project started by the CIA. The allegations rocked the agency to the core, forcing CIA Director John O. Brennan to appear before Congress to testify on the matter. What he revealed during the hearings was astounding.

After being grilled on the issue for hours, Brennan finally broke down and admitted that the CIA, with help from the NSA, was the mastermind behind ISIS all along. In fact, it was the NSA who originally approached the CIA, asking for help. Turns out that the NSA was really tired of spying on Americans in order to find homegrown terrorists.

They (the NSA) have just had enough of digging through millions of selfies and dick pics and not finding anything. Furthermore, all the negative press was really embroiling the program and the agency as a whole, so these guys decided to try a "different approach", stated Brennan.

Brennan went on to describe the plan, which called for the creation of an extremist state that would be attractive to homegrown terrorists, prompting them to leave the country and join this organization. The successful ISIS recruitment campaign, supervised by the CIA attracted thousands of extremists from all over the US and the Western World to the Islamic State.

Brennan then summed up: "There is no need for us to listen in on your phone calls anymore, all the people we are looking for are now in one place, so basically all that is left now is for the Air Force to do its job."

The extremists from the Western World, who are now sitting in the desert waiting for a shell to drop from the sky commented on the hearings, stating: '"I sure wish I was back in my parents basement right now".

Image: Some Rights Reserved by SS&SS flickr photostream, The Sage nor this artiticle endorsed. The original image can be found here.