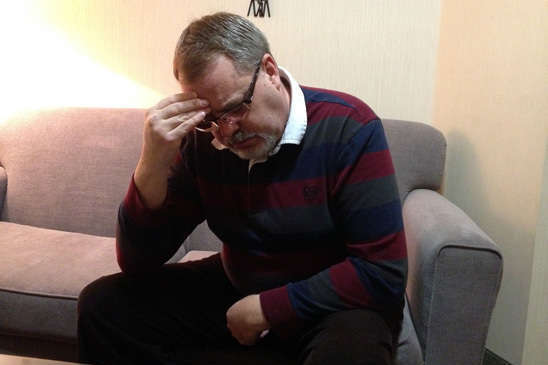 Offer to the embattled anchor was false, publisher in hot water.

(SNN) – A recent report that the Canadian News Agency SNN had offered NBC Anchorman Brian Williams the position as their Faux News Managing Editor was false. “I can say that as the co-founder of The Sage News, we did not offer Mr. Williams any position with our agency,” came the word from Director Mike Kuefler. "I have placed our Publisher Brian Hahn's contract under review.”

The report that Williams was offered a posh position that included a hefty remuneration package that exceeded their top reporter by 80% caused a stir among other writers of The Sage. “First off, The Sage has always vetted their stories to the nth degree,” stated the legendary Chris McKerracher. “Hahn does this all the time, make decisions without board approval,” McKerracher added, “I have always thought that Hahn was a braggart. Always making him look bigger than he really is.”

A shamed publisher offers an apology.

“I would not have chosen to make this mistake,” Hahn said. “I don’t know what screwed up in my mind that caused me to conflate one posh offer with another.”

According to Hahn the erroneous claim was part of a "bungled attempt" to thank Williams for many years of dedication to the profession. “I made a mistake in recalling the events of 12 hours ago,” Hahn said. “I want to apologize.”

“Personally, I think the 'editors' of the Sage should remember that we are a legit news service, and would NEVER hire Brian Williams because he lied,” stated News Bite Reporter, Ed Toolis. “ I am insulted to think that The Sage even has a Faux News Edition!” Toolis has gone on record that if The Sage ever offered Mr. Williams any position, and would pay him more, “I am out of here!”

“I stand behind all of our stories published,” stated Kuefler. “We vet our sources and fact check every dot and tittle.”

For now, Mr. Williams will have to look to his public for forgiveness. “The Sage does not need a Williams,” concluded Kuefler.

DISCLAIMER: The above article is provided for entertainment purposes only and the article, image or photograph held out as news is a parody or satirical and therefore faux in nature and does not reflect the actions, statements or events of real persons. The opinions, beliefs and viewpoints expressed by the authors of The Sage Satire and forum participants on this web site do not necessarily reflect the opinions, beliefs and viewpoints of the The Sage News Network or the official policies of the The Sage News.
More from Clark Kent