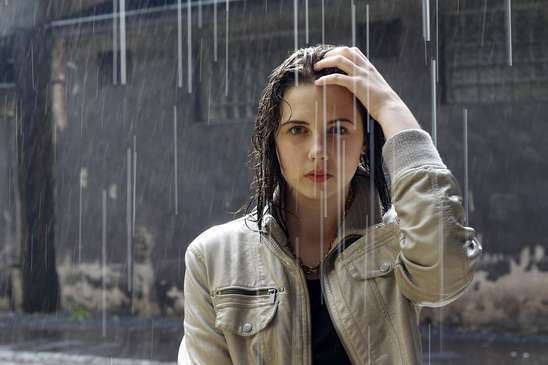 It (Usually) Never Rains In California

Photo: This too shall pass

(SNN) When I was notified I had won a prize for rainmaking I was gob-smacked while trying to close my umbrella. The last one to win that prestigious award was Burt Lancaster whom I’m often mistaken for without my makeup.

I don’t know what came over me but after some graffiti artist seeing the unwashed car wrote “dirty girl” (though I’m actually a “nasty woman”) on my car, I was glad his pen got stuck in the soot.

I was then forced to wash my car by hand.

Here I was trying to be a good citizen by conserving water in our drought-forsaken state and was actually being berated for it. Still, it did bring the rain and so I will accept graciously (unlike Bob Dylan), the accolade.

What you should know is that I am only in charge of causing the rain though not always stopping it, so shush!

I admit the excess has caused distress.

Even the animals in my neighborhood are walking two by two seeking an ark or two bedroom suites.

As I do not do much comparison-shopping, does anyone know if $7500 a year is excessive for a battery?)

I made calls to various roof repair services. No one was available until June. I asked what I should do until then and coincidentally, they all gave the same spiritual advice, “Pray it doesn’t rain until then.”

I realized the storm was a tad lucky for me as I couldn’t attend yet another baby shower for my second cousin who was having her fourth child with her third husband, who had planned to drive me to the event.

He had also promised to have a vasectomy the first of the year, but he couldn’t start his car as his battery got wet. He couldn’t pick me up.

But enough about family!

Unfortunately, I was stuck all day watching television while stuffing my face with leftover pizza.  Oh, don’t cry for me, Pizzerias.

I'm very curious to know why you all set aside only 24 hours to celebrate "Pizza Day" when in fact, I celebrate it all year.. week in and week out with only holidays set aside for Weight Watcher's Meetings.

A bit of truthiness here;  sometimes when one has supreme and potent power like myself one must be cautious when making a weather change request. Results may have unexpected consequences.

I recall my last conjuring while wishing for a tan. I slathered sun screen all over my body, which takes a bucket or so, and issued my command while singing "Here comes the sun" and then, waving my wand.

I quickly learned that when the sun also rises,...it fades the drapes.

Along with a roofer, I am currently seeking curtains.